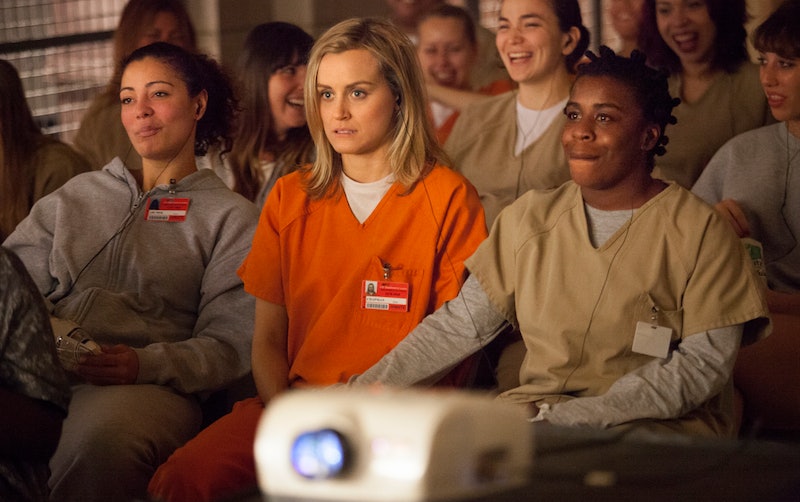 As a pop culture obsessive and a woman of color, I have a few buttons. Quite a few of these have absolutely nothing to do with my ethnic background: I will go to the mat for strong female characters, for example — and by "strong" I don't mean physically and/or emotionally impervious — and I will spend days of my time trying to get you to give Friday Night Lights and/or Veronica Mars a chance. Some of my buttons, though, do have to do with my ethnicity, or at least about the things that it has forced me to notice. Namely, the fact that the battle for quality representation in media is not even half done. Now, however, there's a new study that might help this case along — it claims that diversity in Hollywood actually makes more money than the longstanding habit of whitewashing does.

The Ralph J. Bunche Center for African American Studies at UCLA is who you have to thank for this study — they sorted through upwards of 1,200 television shows and movies, and, according to NPR, they found that "broadcast TV shows with casts featuring 41 to 50 percent nonwhite characters attracted the highest household ratings. For films, those with 21 to 30 percent nonwhite diversity earned the most revenue."

Do I really have to recount here just how many conversations I've had about representation in which there's an underlying assumption that, since Hollywood is ultimately a big sprawling business, the only way things will change is when the data around the money suggests a widespread urge for that change? Do I really have to go into how existentially fed up every single one of these conversations made me feel?

No I do not, because from here on out every such conversation will now include a reference to the Ralph J. Bunch Center for African American Studies. I'll also follow it up with references to this paragraph from the accompanying NPR article:

But even though films and TV shows with significant levels of diversity earned the most revenue and ratings, the study also found serious underrepresentation of nonwhite people and women among lead characters, TV show creators, writers, directors and the organizations that hand out big awards in show business.

And this, from the study's lead author, Darnell Hunt:

It's a vicious cycle. The industry likes to present itself as this bastion of liberal thought. But when it comes to diversity, it's one of the worst industries in the country. The idea that [the underrepresentation of minorities and women] is all about economics has been taken off the table.

Need some real-world examples of what this study's claiming about the success of shows with diverse casts? Let's talk Shonda Rhimes, that juggernaut of hit TV shows. (TV shows which, it should be noted, are often as diverse as they are wildly successful.) Grey's Anatomy and Scandal, her most memorable contributions to the modern television canon, both proudly feature numerous characters of color, as well as those who identify with with one or multiple of the letters in LGBTQ.

Here's what Shonda Rhimes, queen of network television diversity, said when she and Scandal co-executive producer Betsy Beers were handed an award for just that: "We’re a little pissed off because there still needs to be an award." More specifically?:

When I heard I was getting a Diversity Award, I was really, truly, profoundly honored. I began to get calls from Variety, The Hollywood Reporter, etc., and I was asked to comment on the award. Asked how good I felt about the award. Asked if it made me feel like I was doing the right thing. Asked if it had been a struggle making diversity happen on my cast and crews. While I’m still really and truly profoundly honored to receive this award, but I was also a little pissed off. So was Betsy. So over many, many, many bottles of wine we discussed this.

We’re a little pissed off because there still needs to be an award. Like, there’s such a lack of people hiring women and minorities that when someone does it on a regular basis, they are given an award.

There's a reason shows like Orange Is the Black and Sleepy Hollow hit as big as they have, why Shonda Rhimes' brand of commitment to diversity is so popular with the public: Audiences respond to the ways in which these shows are showcasing a wide variety of character types living in a wide variety of skin tones. Audiences respond, as Rhimes stated, to originality. And yes, audiences will respond to change, as well.