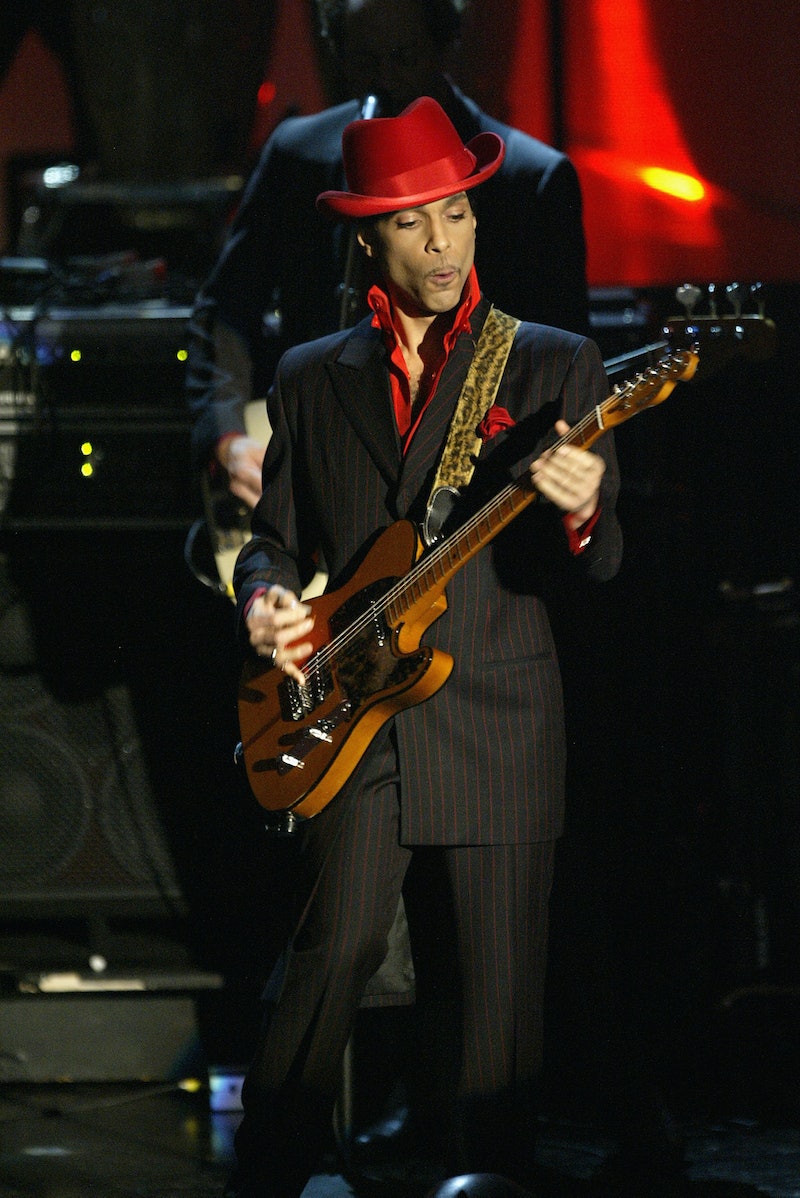 Sad news for fans of the music icon: TMZ is reporting that, allegedly, Prince was rushed to the hospital emergency room early Friday morning after an emergency landing at Quad City International Airport. The flight was reportedly only in the air for a short time after leaving Atlanta, where Prince performed, and landed a little after 1 a.m. The nature of the musician's alleged medical condition is still unclear, and conflicting reports are coming from various sources, but why he was rushed to the emergency room is still the question waiting to be answered. Update: A rep for Prince told TMZ that the singer has been fighting the flu for several weeks. After his performance in Atlanta, he was feeling considerably worse, was taken the hospital in Moline, and released three hours later. According to the statement, the singer is now home.

Earlier: If the plane landed for the reasons that TMZ is reporting, the hospitalization could be because of Prince's personal health. The reported detour comes just one week after Prince rescheduled a number of performance dates on his Piano & A Microphone Tour — a tour that showcases the star on stage alone with just a baby grand piano and a microphone. The tour is the first of its kind for the musician, and fans paid a small fortune to experience this unique performance event. But just last week Prince rescheduled a number of his tour dates, including his Atlanta performance, because he had the flu.

One week after the singer was reportedly ill, he was back on stage, continuing on with the tour after just a few short days. Is it possible that the alleged stopover was because of Prince's poor health? It could be that the concert itself was enough to leave him feeling weak and suffering from flu symptoms again, although a reviewer of the concert on Thursday night in Atlanta reported in Paste that the singer had "made a full recovery."

But who's to say that what one reviewer saw from the audience was actually the case? Prince reportedly took a few breaks in between songs, "at one point leaving briefly to regroup before returning and explaining that 'Sometimes I forget how emotional these songs are.'" Even though the artist was putting on an amazing performance, if the reports of the emergency landing are true, it could very well be that he wasn't feeling well the entire time. Or it could also be that, once the high of the performance wore off, the reality of his physical condition hit him all at once. It still remains to be seen, as the story develops.