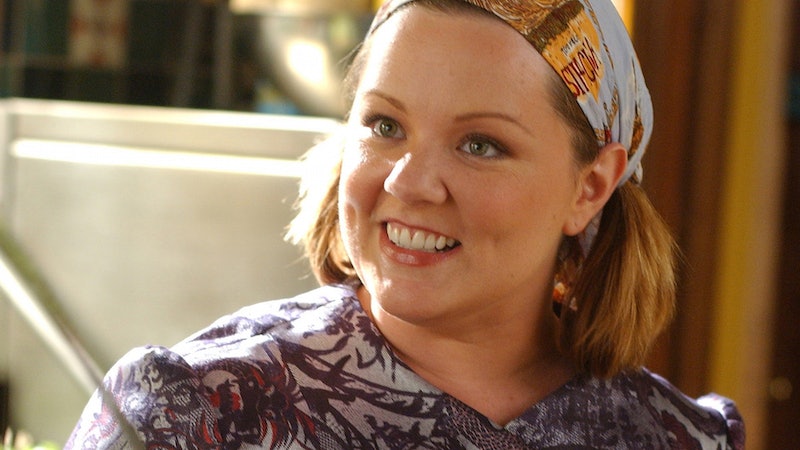 By now, we all know it's happening: Melissa McCarthy is officially returning to the Gilmore Girls revival for a cameo! And, while there have been a lot of false starts and rumors about McCarthy's return to Gilmore Girls, but Yanic Truesdale stayed true to his acerbic character and told the story about her decision to come back straight in an interview with E! News:

She didn't need to be talked into it! She wanted to do it from the start. It was miscommunication, from what I understand, and also her scheduling. They figured it out, clearly, and there's no one that is happier than me.

While McCarthy will be returning to the Netflix Gilmore Girls revival, she won't be joining as a series regular — instead, she will appear in more of a cameo capacity due to time constraints. In the same interview, Truesdale also speculated about what that appearance will be like. "I think Amy [Sherman-Palladino] knows what she will be writing but it hasn't been written from what I know," he said. "Melissa's storylines were always at the Inn with me so I really doubt that we wouldn't have a scene together." This seems like a pretty good bet, but there are lots of other options for Sookie's character; here are some possibilities for her big scene:

She Could Have A Successful Cooking Show

What if, in a nod to Melissa McCarthy's real life success, they made Sookie the breakout star of Stars Hollow with a show on the Food Network? I like the idea of Sookie making it big, and would love to see a clip of her klutzy genius on TV.

Since Lorelai will be running the inn in the upcoming revival and Sookie won't regularly be on the show, it stands to reason that she could have started her own venture. Why not an adorable Stars Hollow restaurant?

She'll Come Back To The Inn After A Long Travel

It's also possible that she has just taken a break to travel somewhere and will have a triumphant return.

She'll Show Up With Her Kids

At the end of the series, Sookie was expecting her third child; it seems likely that those have played a large role in her and Jackson's lives. Maybe we'll get to see Martha, Davey, et al. all grown up.

She'll Save The Day With Food, Of Course

The Gilmore girls are always having catering emergencies, and I would love for Sookie to swoop in like the culinary hero she is.

She'll Get Drunk With Lorelai

Just because we need drunk Sookie back in our lives.

At this point, the details of Sookie's return to the show are mysterious and unknown, but it's so nice to know there was no bad blood. Thanks, Truesdale!