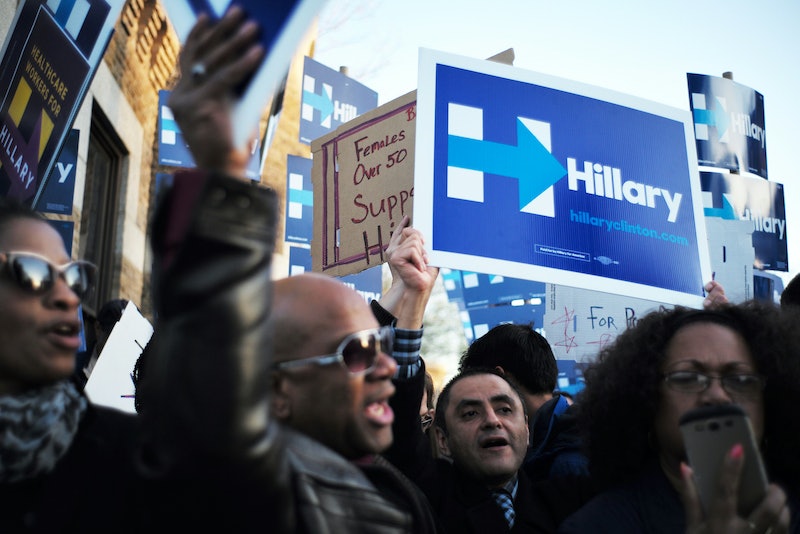 While the New York primary might've seemed like the one to watch this April, don't count out some of the smaller states that will be opening the polls later this month. The Connecticut primary is scheduled for April 26, and both registered Republicans and Democrats will be able to cast their vote for their preferred candidate. Although the number of delegates available on both sides of the political aisle is modest, the candidates are hardly disregarding the Constitution State. Is the Connecticut primary winner take all? It's complicated.

The allocation of presidential delegates in the Connecticut primary is split. For Republicans, the Connecticut primary is winner-take-all at the district level. Just 28 delegates are available for Republican challengers Donald Trump, Ohio Gov. John Kasich and Sen. Ted Cruz of Texas; out of these 28 delegates, 15 are awarded in a winner-take-all fashion in each of Connecticut's five districts (three per each district). So, the candidate who wins the majority of the vote in a district will receive all three delegates. The remaining 13 delegates will be allocated either proportionally or winner-take-all if a candidate gets 50 percent of the vote, depending on the final results of the statewide primary.

For the Democrats, the delegates will be allocated proportionally, and a candidate must receive at least 15 percent of the vote to claim any delegates. There are 71 delegates up for grabs for Democratic candidates Hillary Clinton and Sen. Bernie Sanders of Vermont, but only 55 of these delegates are "pledged delegates."

The Connecticut primary is looking to be a tight race between Clinton and Sanders. According to latest poll from Emerson College, Clinton is polling at 49 percent in Connecticut, with Sanders not far behind at 43 percent. It's a sizable jump for Sanders, who was polling at just 30 percent in Emerson College's last poll, conducted in November 2015.

On the Republican side, we're looking at a likely Trump victory. The billionaire businessman currently has the overwhelming lead in Connecticut, polling at 50 percent, according to Emerson College. Kasich has been steadily climbing in the polls, but still lags behind at 26 percent. Cruz, meanwhile, is polling at just 17 percent.