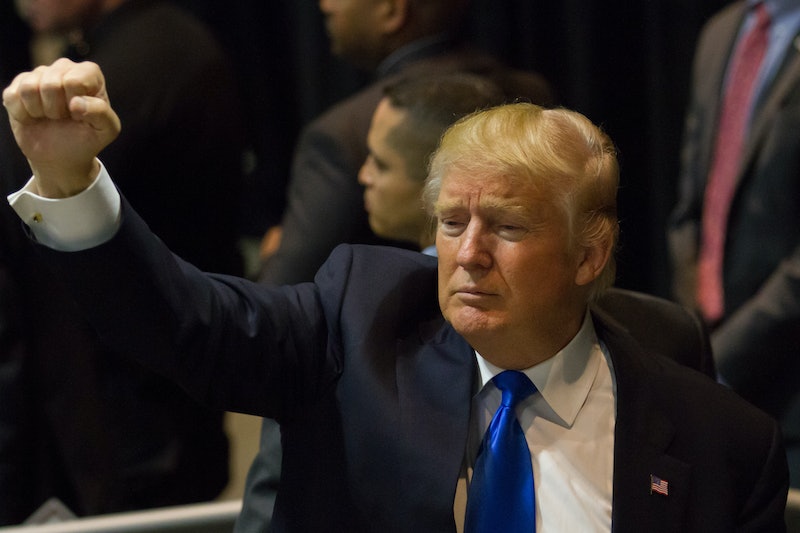 Since October, and as in other states, Donald Trump has enjoyed a healthy lead in Connecticut. But as a contested convention seems ever more in the GOP's grasp, every state has the possibility for some last-minute shakeups. So will Donald Trump win the Connecticut primary on April 26? It seems likely, but there are a few factors that could stop him from getting there.

Connecticut Republicans aren't used to being the center of attention. It's a deeply Democratic state, so the Republican vote is usually an afterthought in the march toward the nomination — the state's electoral votes so often end up with the Democratic candidate in the general. This year, however, because Republicans are trying to figure out this whole Trump problem, the GOP primary in every state has become nothing short of crucial, even in low-delegate states like Connecticut, which only offers 28 total for the Republican race (it should be noted, however, that Connecticut has the third-most delegates up for grab of any of the primaries on April 26, so it's still a very special snowflake).

As of now, it looks like those delegates will go to Trump. The weighted poll average from RealClearPolitics currently shows that the mogul with 50 percent of likely voters. The polling average at FiveThirtyEight is similar, with Trump at 47.9 percent. If any candidate manages to snag 50 percent of the statewide vote would get 13 of the delegates, and if a candidate wins in a particular congressional district, they get all three delegates in that district. So likely, if anyone (*cough* Trump) can get to 50, they'll snag all of the state's 28 delegates.

Still, if anyone in Connecticut wanted to join in the fight to stop Trump from getting the nomination, unaffiliated voters had until April 21 to register. So there is a chance that there could be a last-minute surge to throw support to Ted Cruz or, better yet, John Kasich, who is currently polling ahead of Cruz in the state. (Yes, really!) As of this writing, Kasich has 26 percent of the vote, where as Cruz has 17 percent. Not that that'll do Kasich any good, since he is mathematically out of the race. But it would give him fuel for the fire if we do go to a contested convention.

So will The Donald grab Connecticut? Probably. But there could be an upset that could stop his seemingly endless momentum. Crazier things have happened, after all.