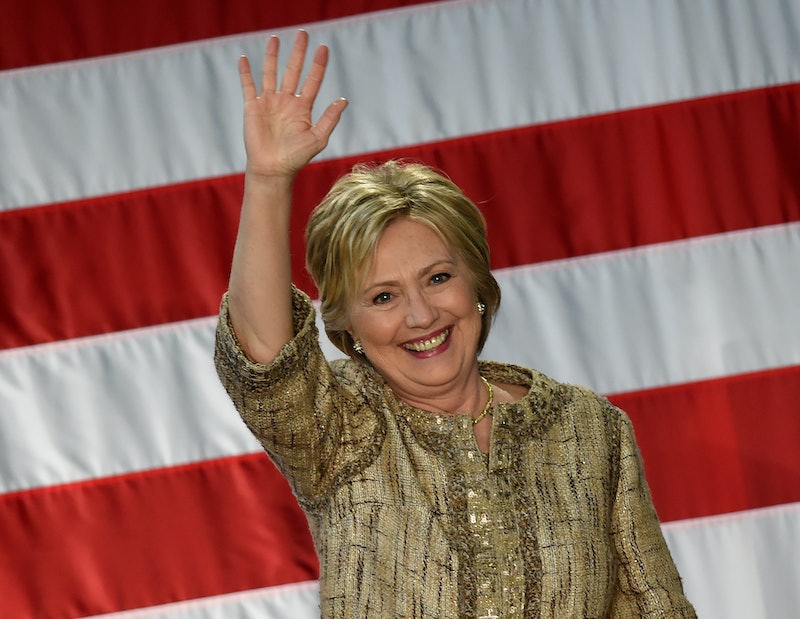 On April 26, both the Democratic and Republican presidential candidates will be facing off in a slew of state primaries, races that could be make-or-break for the also-rans and decisive for the victors. And one of those contests will be taking place in the great state of Maryland, with 38 delegates on the line for the Republicans and 118 for the Democrats. But if mere delegate hauls alone don't excite you, and you're wondering why else the Maryland primary could be so important, here's a simple explanation: it's getting very late in the game, and the underdogs are running out of time.

As always, it's worth considering what the polls are suggesting heading in. Both frontrunners have polled large leads in the state throughout the month of April, with an average advantage of about 23 points for Clinton and about 14 points for Trump, at the time of writing, according to RealClearPolitics.

In Clinton's case, notching a big win like that would be a real reassurance, since despite her fairly stable lead in the delegate count, the Sanders campaign has rattled of a string of big wins over the last month. The foremost argument for the Sanders camp for weeks has been "momentum," and nothing halts that like a lopsided defeat. As for Trump, well, it's about literally nothing but delegates at this point — if he fails to secure a 1,237 majority, he could well end up losing the nomination at the Republican National Convention in July. In other words, there are considerable stakes on both sides.

In terms of which party's nominating race is more likely to be swung likely the Maryland results, however, there's really no argument: the big drama is on the GOP side. Even if Sanders managed to topple Clinton in Maryland, the Democrats' system of awarding delegates proportionally would mean he'd still face a tough uphill climb. But Trump, on the other hand, will be rolling into Maryland in a winner-take-most contest, with three delegates in each congressional district awarded to the whichever candidate wins that district.

In other words, there's a prime chance for him to rack up a huge chunk of the 38 available delegates, and he needs every single one he can get. As it stands now, Trump has more than a 200 delegate lead over Texas senator Ted Cruz, but if he doesn't cross that crucial 1,237 threshold, the nomination vote at the Republican convention in Cleveland could be pushed to a second ballot. In that case, many of the delegates would be freed to support who they wanted, and the conventional wisdom is that Trump would fare poorly under those circumstances.

So, yeah! The outcome of the Maryland primary, like any opportunity for Trump to run up a big score from here on out, is pretty damn important. Because there's really no more serious or dire development in American politics this year than the rise of Donald Trump (and everything that's brought). And every step closer he gets to the Republican nomination only heightens that reality. One thing's for sure, however — if the Republican Party finds any procedural means to keep him from getting the nomination, it seems like they're willing to do it.