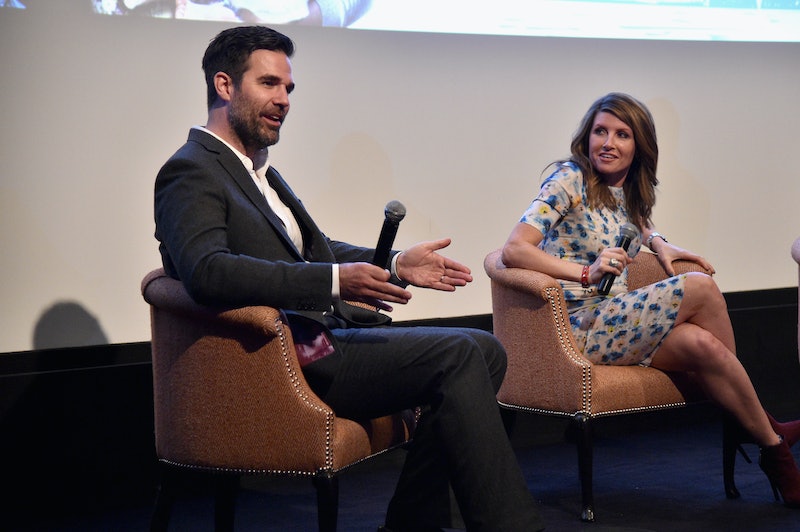 If you ask me, the best comedy series on television or streaming today is Catastrophe, the Amazon original series written by and starring Rob Delaney and Sharon Horgan. It’s a bit dark, totally hilarious, and has a more realistic approach to adult relationships than any other show out there. Needless to say, I'm hoping that Catastrophe will return for Season 3 so that Horgan and Delaney can keep tackling different aspects of love and parenting on Amazon.

According to Forbes, Amazon hasn’t yet committed to a Season 3 of the show, but I think a renewal is likely. The series has been getting amazing reviews, with Variety's Maureen Ryan saying that the only problem with Catastrophe Season 2 is that it’s “too short.” I, for one, agree. For those of you who are not watching, stop reading this article, catch up, and come back here. I’ll wait. All set? OK. Catastrophe chronicles the life of Sharon and Rob, an Irish and American (respectively) couple that meets in a London bar and hooks up for the week Bostonian Rob is there on business. A few months later, Sharon calls to tell him she’s pregnant with his baby. I promise this is funny, you guys. Season 1 covers the evolution of Rob and Sharon’s relationship while they expect their first child and, you know, get to know each other’s last names (Norris and Morris, respectively). Now, spoilers ahead for Season 2.

Season 2 continued their relationship with a time-jump and the birth of their second child, and the whole thing ended literally on one word — Rob about to ask Sharon if she cheated on him during a brief separation. It’s one of the best (and by best, I mean worst, because I need to know what’s going to happen) cliffhangers I’ve seen in recent television, and because I can’t wait for Season 3, I’ve decided to come up with some theories about where this all can go if the show returns.

Let’s say Catastrophe Season 3, like Season 2, has a jump of a few years, and during these years, Rob and Sharon have decided to split but will both raise their children together. Or as amicably as this oil-and-water duo can. We got a glimpse in Season 2 into what life would be like with them splitting parenting duties, but I can bet it would be both poignant and hilarious to see the pair divorced — two things this show balances very well.

Rob’s friend Dave has fallen on and off the wagon over Catastrophe’s two seasons, but what if things got so bad that the only place that he could go is to Rob and Sharon’s house? Rob and Sharon have the parenting groove down now, so adding Dave to their semi-chaotic household would really change things up for the show.

Sure, the show takes place in London, but what if Rob and Sharon (despite the fact that Sharon hates Boston) had to move back to the States? Perhaps Rob’s mother gets sick. Maybe he gets a dream job offer. Rob is the fish out of water in London, and it would be interesting to see what Sharon would be like if she were thrown into a whole new country.

Hopefully, when Amazon renews Catastrophe for Season 3 (because I refuse to say "if"), it will take the show in a similarly exciting direction.

More like this
The ‘Love, Victor’ Showrunner Gave Fans Hope For A Possible Spinoff
By Brad Witter
Legacies Showrunner Said There Is Still Hope For More Vampire Diaries
By Gretchen Smail
'The Kardashians' Season 2: Will Pete, Tristan, Scott & Kanye Appear On The Show?
By Jake Viswanath
'Succession' Season 4 Could Be The Show’s Last
By Kadin Burnett and Gabrielle Bondi
Get Even More From Bustle — Sign Up For The Newsletter