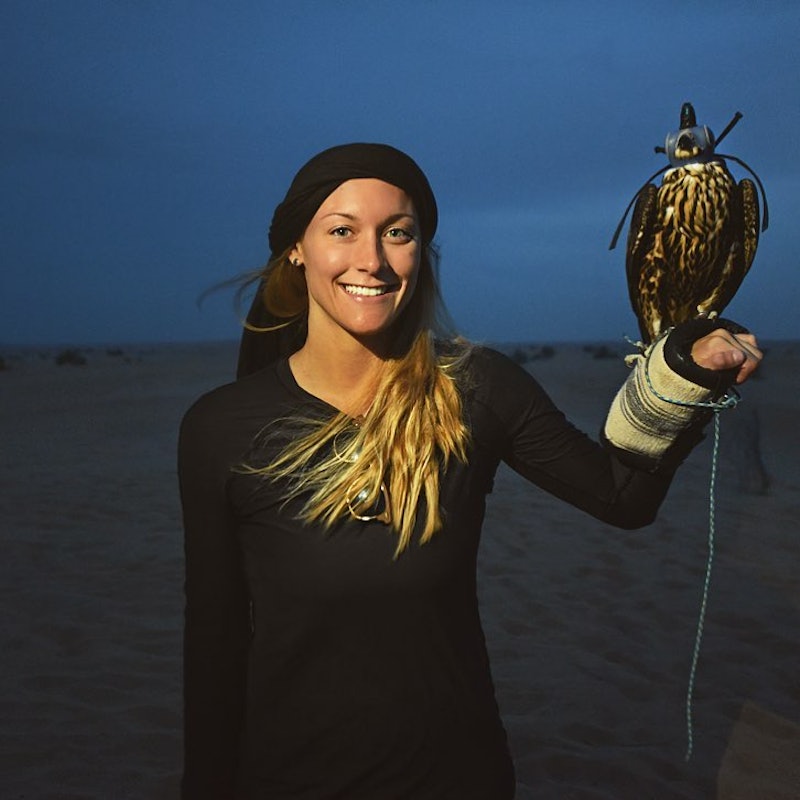 A familiar mention in conversation of today is the concept of the "bucket list," which consists of long-term goals to achieve before people kick the proverbial bucket. One frequently-heard goal, for example, is traveling the world. Many people dream of venturing across the globe — or at least to a few countries of choice. However, some never make these trips, or only get to a few destinations in their lifetimes. Expedition 196's Cassandra De Pecol, on the other hand, has that bucket trailing far behind her, as she has already made it to over 100 of the world's 196 sovereign nations — in just eight months, at the age of 26.

In my recent interview with De Pecol, she quickly displayed a sense of driven boldness, resembling something of a finance mogul on Wall Street. Yet, her boldness was tempered by an internal desire to embrace humanity in all of its various forms. She is composed, yet talkative; apt to jump around five countries in a matter of a few hours (like she did earlier this year in a multi-layover trip from Tajikistan to Moscow, Qatar, Bahrain, and finally to Ethiopia), yet honestly aware of her need to recharge. She is regimented, light-hearted, open-minded, and self-actualizing. She is refreshingly articulate. Essentially, and even at such a young age, De Pecol meets the criteria of a world traveler as though she were molded for it.

In late April, De Pecol was on the second leg of a trip to the South American nation of Suriname, simply touring the place for a few days, as she has no contacts there. At the rate she is moving, she'll hit another 95 countries by some point in 2017. Her goal? De Pecol plans to beat the Guinness World Record for "Fastest Time to Visit All Sovereign Nations." As of now, Yili Liu of Ann Arbor, Michigan, holds that record, which he set in 2010 with a journey of three years, three months, and six days. De Pecol would have to complete her journey by October 24, 2018 to accomplish this. If she can outpace Liu's time, not only will she prove the fastest person to ever travel to all 196 sovereign nations, but she also will be the first documented woman ever to do so.

Truthfully, her adventure didn't begin in the most conventional way. Her explanation for how she ultimately chose this lifestyle is unusual. "Honestly, I'm kind of a hypochondriac," she explains. "Any little thing, like 'my finger hurts,' and I freak out. (This eventually led me to realize that) we don't know how much time we have on this Earth. It's kind of a negative thing, but it actually fuels me to follow my passions now, as opposed to waiting until later."

Yet, despite her admitted hypochondria, she travels alone to each of her destinations because ultimately, her passions outweigh her fears. Her desire to visit every country isn't fueled by selfishness, but by an innate need to impart kindness upon people whom she encounters. This idea was catalyzed when she turned 25 and experienced the typical "quarter-life crisis," in which she decided that she might not have the opportunity to travel later. That realization ultimately meant that she felt she could miss a vital opportunity to make a difference if she didn't first make some moves. De Pecol believes this is a common mindset among millennials, an age group whom she views as inclined toward changing the world — not just their own lives.

After about a year and a half of planning, which consisted of finding sponsors, acquiring funding, and branding herself, she finally embarked on her mission. Like her millennial counterparts, De Pecol wanted her own travels to focus on issues of great concern for everyone on the planet. As a result, her excursions have incorporated responsible, sustainable tourism, and many of her international undertakings are as a peace ambassador for the International Institute for Peace Through Tourism. On these trips, De Pecol speaks to dignitaries and university students about travel. To meet one goal of sustainable tourism, she plants the national tree of the country in each nation where she serves as an ambassador.

When on an expedition, De Pecol explains, physical and mental health are crucial. Fashioning a life around travel can potentially thrust a person into habits that are not necessarily healthy, so De Pecol is very careful to maintain a thoughtful balance of activity and downtime. As a triathlete, De Pecol cannot help but exercise regularly, which she curiously finds she does more while she is traveling than home. However, she is not one to shy away from relaxation, and she settles about every two weeks in one spot to keep healthy.

De Pecol says she is still learning to manage personal stress while globe-trotting: "The most important thing is to not get worked up, not to swear, and not to show anger or that you're worried. Just be calm, cool, and collected — and be nice." To keep herself as relaxed as possible, she employs her fitness regimen, as well as meditation — even at an Airbnb or hotel room.

As for scary situations, she luckily hasn't faced many; that said, she did stop traveling with vitamin supplements after she was detained by police in Granada who questioned her about drug trafficking. The risk is not worth the convenience, she learned.

In spite of that, one chance De Pecol does take is in transporting her tripod from place to place. Although some international airport authorities have mistaken her for a media representative, a tripod and DSLR camera are her only means of getting the fantastic photographs she uses on her Instagram account. She acknowledges travel photography is much easier with a friend helping to take the photos, but as a solo traveler, she has few other options of documenting her experiences.

As it stands, her favorite region to travel on this excursion thus far is the Middle East. She noted, "I just think there's a horrible preconception about the people and the religion over there. I've found both to be very peaceful. There are governmental and political issues — and radical groups — but that's not who the people are in general." She added, as long as travelers make attempts at respectful behavior, locals of those places will notice. "If you're trying to speak a language, even if you barely know any, just try."

De Pecol's journey is an inspiring feat, especially for a lone traveler. Her dream only converged after leaving college a semester short of graduation, when she traveled to about 25 countries with $2,000 in her bank account. She slept in train stations, couch surfed, and did odd jobs because she wanted more than anything to travel. So for any person who wishes to see the world, she offers these sincere words of wisdom: "If you really want to make it happen, you can."