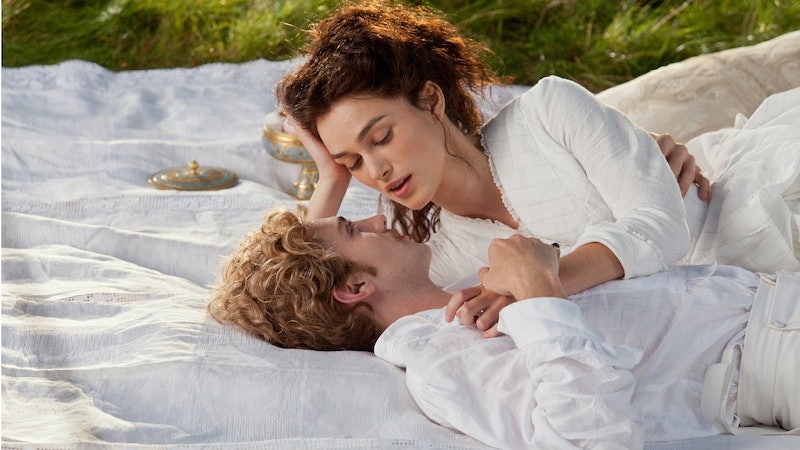 Anna Karenina, Edward Rochester, Tom Buchanan, Emma Bovary, Lady Constance Chatterley, and even all the way back to Odysseus from Homer — cheating makes for some seriously incredible literary characters and stories. Which is why book quotes about cheating can be heart-wrenching, difficult, and nod-your-head harshly truthful. And that goes for whether you're the cheater or the cheatee.

Everyone has different reasons for cheating, but a lot of the time, as these novelists and writers will note, the feelings will be similar. There's the passion of finding someone new, the freedom of feeling like you can be yourself in a new way, escapism, and the crippling fear of getting caught, so much so that you almost want to be found out so you can find some relief. On the other end, there's the loneliness, the anxiety, the hope, the pushing away of your bad thoughts, and the crushing feeling of the knowing, whether it's been confirmed or not, that something is happening with your partner and someone else.

Mr. Rochester may have hid his secret wife in an attic (classic lit spoiler!), but that doesn't mean he wasn't doing the same cheating thing with Jane Eyre. And we were #TeamAnnaKarenina when she experienced hypocritical ostracizing in the wake of her own affair with Count Vronsky. Likely because the themes of cheating envelop so many other emotions of love, fear, betrayal, hope, and so much more.

1. “I think you still love me, but we can’t escape the fact that I’m not enough for you. I knew this was going to happen. So I’m not blaming you for falling in love with another woman. I’m not angry, either. I should be, but I’m not. I just feel pain. A lot of pain. I thought I could imagine how much this would hurt, but I was wrong.”

― Haruki Murakami, South of the Border, West of the Sun

2. “I know I am but summer to your heart, and not the full four seasons of the year.”

3. “Lying in his parents' house, in the middle of the night, she told him the whole story, about meeting Dimitri on a bus, finding his resume in the bin. She confessed that Dimitri had gone with her to Palm Beach. One by one he stored the pieces of information in his mind, unwelcome, unforgivable. And for the first time in his life, another man's name upset Gogol more than his own.”

4. “Here it is. Let's say you're married, you love your wife, but you're attracted by another woman.''Excuse me, but I absolutely cannot understand how after eating my fill here I could go past a bakery and steal a roll.”

Fuck You for cheating on me. Fuck you for reducing it to the word cheating. As if this were a card game, and you sneaked a look at my hand. Who came up with the term cheating, anyway? A cheater, I imagine. Someone who thought liar was too harsh. Someone who thought devastator was too emotional. The same person who thought, oops, he’d gotten caught with his hand in the cookie jar. Fuck you. This isn’t about slipping yourself an extra twenty dollars of Monopoly money. These are our lives. You went and broke our lives. You are so much worse than a cheater. You killed something. And you killed it when its back was turned.”

6. “I remember one desolate Sunday night, wondering: Is this how I'm going to spend the rest of my life? Married to someone who is perpetually distracted and somewhat wistful, as though a marvelous party is going on in the next room, which but for me he could be attending?”

8. “It had been years since she questioned his fidelity, but he'd stepped on to the old fame track again, and that was where the road had taken them before. Infidelity could be forgiven, but forgetting it was impossible. Strangely, that wasn't what bothered her the most. What bothered her was that she didn't really care.”

9. “They had both wanted it to happen and they both wished it had not; what mattered now was that nobody else should ever know.”

― Chimamanda Ngozi Adichie, Half of a Yellow Sun

10. “...there was only one thing that interested her and that was getting into bed with men whenever she'd the chance. And I warned her straight. 'You'll be sorry one day, my girl, and wish you'd got me back.'”

11. “It is a pity he did not write in pencil. As you have no doubt frequently observed, the impression usually goes through -- a fact which has dissolved many a happy marriage.”

12. “....his silence he has indicated that he is willing. He hasn't the strength any more, the excess vitality, for an affair—its danger, its demand performances, the secrecy added like a filigree to your normal life, your gnawing preoccupation with it and with the constant threat of its being discovered and ended.”

13. “Stray cats are like two-timing men. He got tired of you and took off. He doesn't find anyone new? He'll come slinking back. By then, if you're smart, you'll have decided you're better without him.”

― Charles Bukowski, Play the Piano Drunk Like a Percussion Instrument Until the Fingers Begin to Bleed a Bit

You told me anyway, even though I didn’t want to know. A stupid drunken fling while you were visiting Toby in Austin. Months ago. And the thing I hate the most is knowing how much hinges on my reaction, how your unburdening can only lead to me being burdened. If I lose it now, I will lose you, too. I know that. I hate it.

You wait for my response.”

16. “I was sixteen back then, and I was going to a party with my girlfriend and Earl. Earl was driving, and his new squeeze was in the passenger seat. I was in the back, holding hands with mine. That was such a big thing at that age, clasping the hand of someone you loved. A heady declaration, the closing of a circuit, the joining of two souls. When you get older you don't seem to do it so much. Your hands are generally busy with other things, and every relationship goes through an accelerated evolution. Everyone you meet has an apartment, and either self-confidence or a desperate lack of it: Either tends to make you rush through the hand-holding stage. Sure, you may do it later, but it's not the same. It's like eating your appetizer after your dessert. When you're a grown-up, the only time you get to trace slowly through that delicious progression is when you're having an affair, which I guess is why so many people have affairs. A trip back in time, to when everything had weight, through the medium of unfaithfulness.”

― Michael Marshall Smith, One of Us