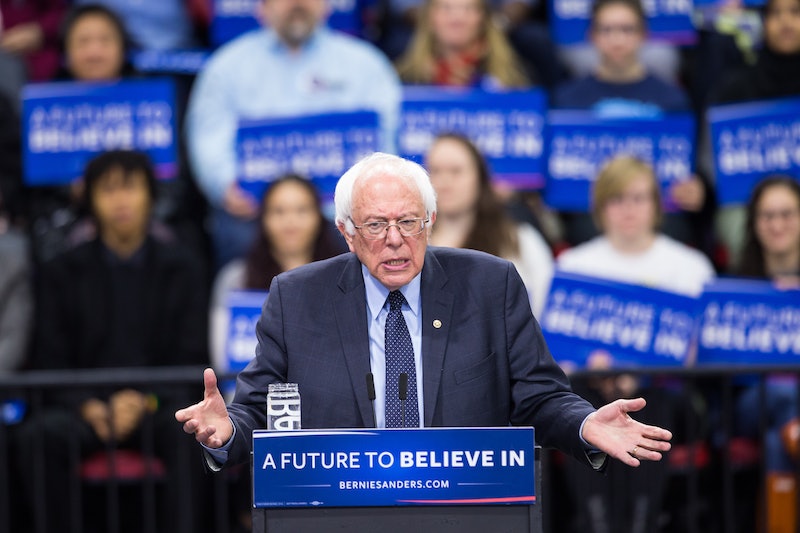 For months, Bernie Sanders has touted that the average donation to his presidential campaign is $27, compared to his opponent's million-dollar Super Pac donations. However, it's impossible that the average has stayed consistent for so long, what with new individual donations rolling in every day. It doesn't take a math genius to realize that averages shift when new numbers are added to the mix (though they do shift less drastically when a ton of numbers are added). So what is Sanders' real average campaign donation?

The Sanders campaign's statements on the issue show that though the average has remained close to $27, that exact amount might not be entirely accurate. A February statement read: "The Sanders campaign in total has tallied more than 4.7 million contributions, compared to [Hillary] Clinton’s 1.5 million. February's fundraising brings the campaign's total raised this cycle to more than $137 million."

After Sanders started talking about his average, donations of exactly that amount spiked, thanks in part to the $27 option on his website's donation page. At the end of February, his campaign had almost 6,000 daily contributions of that amount, compared to less than 2,000 at the beginning of the month.

As a result, once the donation totals through March were revealed, the average donation got closer to $27, but was still slightly higher. If you combine the campaign's total donations through March, the average is $27.88, which most would round up to $28. So, it's unclear exactly where the $27 figure came from — the real average is closer to $28 for the months that have been finalized.

Obviously, a presidential campaign isn't expected to update their reported donation average every day as it changes slightly, but it is a little misleading to use a single number for months, when it clearly couldn't stay the same for that long. It's not that Sanders is exaggerating his individual donations; just that $27 isn't exact. Regardless, Sanders supporters seem to like the small donation rallying cry, and staying consistent is helping the campaign bring in more $27 donations.