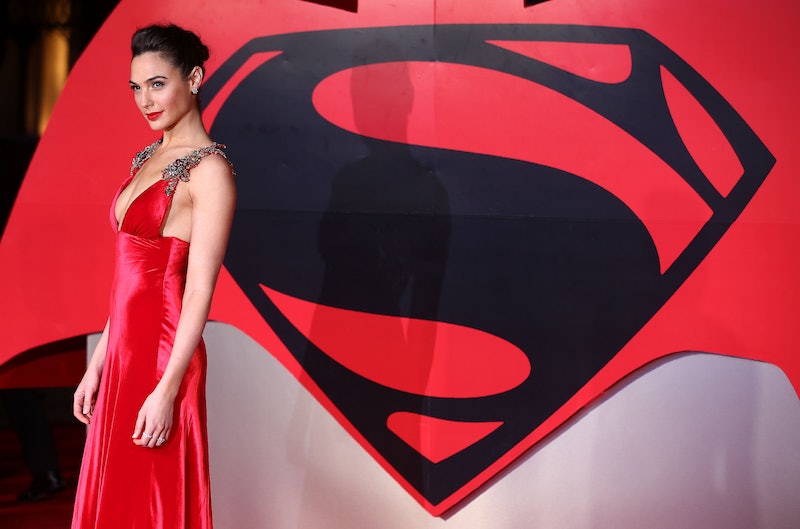 If nothing else, 2016 is shaping up to be yet another year that is packed to the rafters with superhero films. We've already met Deadpool and watched the titular heroes battle it out in Batman v. Superman. On top of this, we're anticipating Captain America: Civil War, X-Men: Apocalypse, Suicide Squad, Doctor Strange and Wonder Woman's standalone film in 2017. These films may be further entries into the seemingly bottomless pit of superhero fare, but Suicide Squad and Wonder Woman's solo film are poised to change the way we watch women as superheroes and antiheroes.

That's because these two films are making concerted efforts to put the women in their respective films at the forefront. Not only that, but, by and large, DC Comics/Warner Brothers Studios are marketing the female superheroes in these films as women who are as capable as the men. That's not to say that there haven't been some fumbles along that way, but it's a major step in the right direction.

In the case of Suicide Squad, we're entering choppy waters. While DC/Warner Brothers has indeed put a focus on the female members of the team — Katana, Enchantress, and even Amanda Waller — it is their strong spotlight on Harley Quinn that demands our attention. While it may have been inevitable that Harley Quinn, as embodied by Margot Robbie, would get burdened with the role of the "sexiest villain" on the Suicide Squad, the idea is really being driven home in the latest trailer. In one particularly memorable moment, Harley Quinn gets dressed outside in front of a gaggle of men. As she pulls her shirt down, she simply looks up and goes, "What?" to the men as they ogle.

While she goes on to kick major butt in the rest of the trailer, it's this moment that appears tonally jarring to how her character is otherwise portrayed. This duality of sex appeal and strong-willed works in the context of Harley Quinn's personality, but it highlights a continuing issue that comics, and, by extension major film studios, have had trouble reconciling over the years. When Marvel first began to feature female superheroes, there was an outcry of an inaccurate portrayal onscreen. Whether it was a heavy-hand on positioning characters like Black Widow as sex object, or keeping them in the background all together, Marvel scrambled to figure out how to ease the tension. In 2014, Marvel Studios president Paul Feige said it was all a "matter of timing," implying, that because of previous female-led box office flops, Marvel was simply holding their finger over the trigger until the timing was right.

This is where DC Comics/Warner Brothers stand to gain the upper hand. While Harley Quinn will be exciting to watch because she is not only an antihero, but because she is also a thoroughly complex one, it will be Wonder Woman's solo film that has the most power to shift the conversation. While Wonder Woman may not be the first female superhero or antihero to get her own film (or have you forgotten Halle Berry was Catwoman?), it's the way in which the buzz around her solo film is being built that makes for a different feel. Rather than marketing her sex appeal (despite her revealing crime-fighting garb) we are being given images of a competent, intriguing and wholly capable superhero who can hold her own. It's not merely the honor of having a solo film or a female director (in the form of Patty Jenkins) at the helm; it's that there is finally room to fully flesh out a woman in this context without her jostling for attention with the men she is paired up with. Wonder Woman is a warrior trained by women. She forms the original trinity of DC Comics superheros, along with Superman and Batman. Unlike Black Widow or Scarlet Witch, who risk getting lost in the mix of the Avengers team, Wonder Woman has been given an opportunity to step into her own spotlight.

No matter what happens, I am absolutely — and quite literally — dying to see both Suicide Squad and Wonder Woman fly solo onto the big screen. Of all the queens in the world of comics, Wonder Woman is literal #goals in every way possible. There's nothing more life-giving than being able to watch women fight as well, if not better than, the boys.