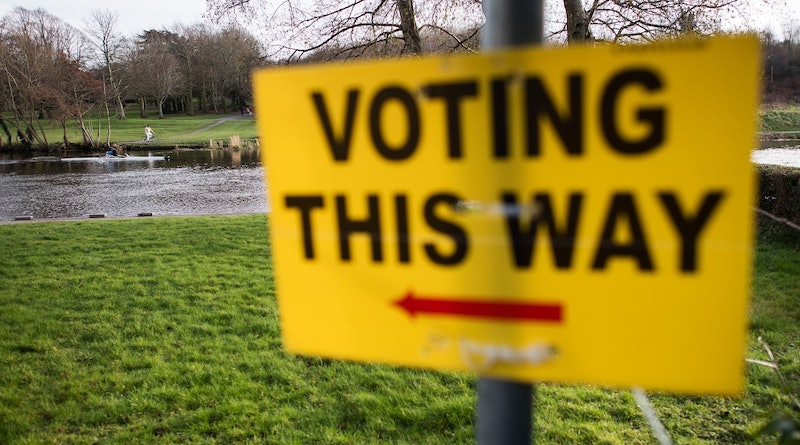 Delaware may not be awarding the most delegates Tuesday, March 26, but as you know it's the allocation that makes the difference. Each and every single delegate matters, something that becomes clearer and clearer closer to convention time. In Delaware, the delegate allocation is actually pretty simple — but it could help Donald Trump. As you know by now, most states allocate their delegates proportionally. Nevertheless, there are a few that don't. Their number increases here in the home stretch, and Delaware's one of them. That is to say Delaware is winner-take-all, and if Trump comes in first he will get the state's 16 delegates.

Just to be clear, this only applies to the GOP; the Democrats, like always, will award their delegates proportionally. Their 21 pledged delegates are not decided based on the state-wide vote, though. Interestingly, they are split among the City of Wilmington and some of the counties. Only seven of the 21 are allocated based on the statewide vote. There are also 10 superdelegates, and Clinton has the support of at least five of them.

Hillary Clinton and Bernie Sanders will certainly have no problem reaching the 15 percent threshold statewide, and given how close the race is nationally, they should meet the minimum for delegates in all four geographic subdivisions. According to FiveThirtyEight, the race favors Clinton by 7 percentage points if the race is tied nationally — and it nearly is. There are no Delaware specific polls to look at, although Clinton leads in polls in the neighboring states of Pennsylvania and Maryland.

As for the GOP, the delegate allocation is far from complicated. The state has just one congressional district, and the GOP has decided not to split it at all. All 16 delegates go to the first place finisher. Of those 16, three are party leaders, and they are bound to honor the results of the primary too. GOP delegates in Delaware are bound just through the first round — something that could become glaringly important if the convention is contested.

As with the Democratic race, there are no Delaware-specific G.O.P. polls. Trump leads nationally, and is doing well in neighboring Pennsylvania, where he averages about 44 percent. Kasich and Cruz split the remainder. He also polls first, at about 40 percent, in Maryland. All three states vote Tuesday, along with Connecticut and Rhode Island.

The close state of the election led the Democratic candidates to open headquarters in the state just weeks ago. Using money as a comparison, residents of the state are far less interested than the outcome than voters nationwide. Delaware residents have donated just 47 cents per person to the campaigns, compared with $1.87 per individual nationwide.