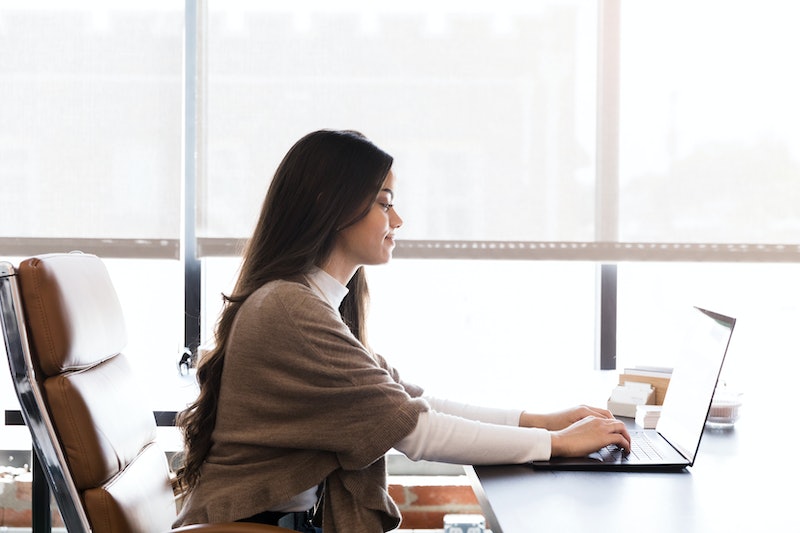 For millennials, Cosmopolitan without its focus on sex is a foreign concept. Once upon a time, though, women’s magazines focused more on heating up the oven than the bedroom. Fortunately, the publication got a much-needed makeover when Helen Gurley Brown took over in 1965 and began to cater to more modern female ideals, at last recognizing both single and working women. Author Brooke Hauser follows the working life of the famous editor-in-chief in her new book, Enter Helen: The Invention of Helen Gurley Brown and the Rise of the Modern Single Woman . In exploring Gurley Brown’s long and largely successful career, the book highlights ways we can all get ahead at work.

There’s a lot to be learned from Gurley Brown’s remarkable rise, and the amount of hard work, determination, and planning behind it is particularly inspiring. Every career has its turning points, and hers were most notably writing the controversial book Sex and the Single Girl and later becoming Cosmopolitan’s long-serving editor-in-chief. Hauser explores the impact of each, using in-depth interviews with Gurley Brown’s friends and former co-workers, plus writing and quotes from the woman herself.

Here are nine tips for succeeding at work, based on Helen Gurley Brown’s iconic career, as described in Enter Helen:

Published in 1962, the topics covered in Gurley Brown’s first book were especially controversial. She didn’t let the potential for criticism stop her from writing the book she wanted to, though, nor did she shy away from her stances once she was in the public eye. That ability to exude self-confidence served her well throughout her career, especially when she took over Cosmopolitan without editing experience.

2. Give Yourself The Credit You Deserve

There were plenty of people who felt Gurley Brown lacked the experience needed to fulfill her role as Cosmopolitan’s editor-in-chief, but she was apparently unfazed by their complaints. In response, she simply reminded people of the wealth of experience she did have. “You don’t just fall into a job like this,” said Gurley Brown at one point.

It took multiple attempts before Gurley Brown and her journalist-slash-editor husband, David, were satisfied with her beginning to Sex and the Single Girl. Of course, it’s rare that any of us can get everything right the first time around; the ability to overcome failure is key to career advancement.

As the new editor-in-chief at Cosmopolitan, Gurley Brown made an impression on at least one employee who recalled her new boss already knowing her backstory when they first met. You know what they say: You can never be too prepared. Such diligence can provide a serious boost.

5. Think Outside The Box

Cosmopolitan would not have become the magazine it did had Gurley Brown opted to continue doing what had been done before and/or what competing publications were doing at the time she took over as editor-in-chief. She set the magazine on a new course, reaching segments of the population that had largely been ignored: single and working women. As we all know now, her vision worked.

In the aftermath of releasing Sex and the Single Girl and later at Cosmopolitan, Gurley Brown had to respond to a fair amount of criticism and backlash — including from the likes of Gloria Steinem. Negative feedback and outcomes come with any job, but being able to handle it gracefully can set you apart. Gurley Brown continued to take risks and create a bold path in spite of any naysaying.

You don’t have to forget others when you’re trying to advance your own career. Supporting your co-workers is not only nice, it often enables them to bring out the best in you. Gurley Brown’s employees could count on their boss for help, according to Enter Helen, even for plastic surgeon recommendations. “In recognizing their individual talents, Helen got the most out of her assistants,” writes Hauser.

8. Look For Ways to Stand Out

Cosmopolitan’s covers got sexier under Gurley Brown. “This was an opportunity to do something different on the cover,” she once wrote in a memo. If you want to distinguish yourself from your competitors, you have to be unique.

What works once won’t always be as successful. After an impressive multi-decade stint as editor-in-chief at Cosmopolitan, Gurley Brown ultimately was edged out. Enter Helen details certain events leading up to her forced retirement, and it seems some of the then-septuagenarian’s views fell behind the times. For many years, though, she pushed the envelope, which is likely why she ran the show for so long.