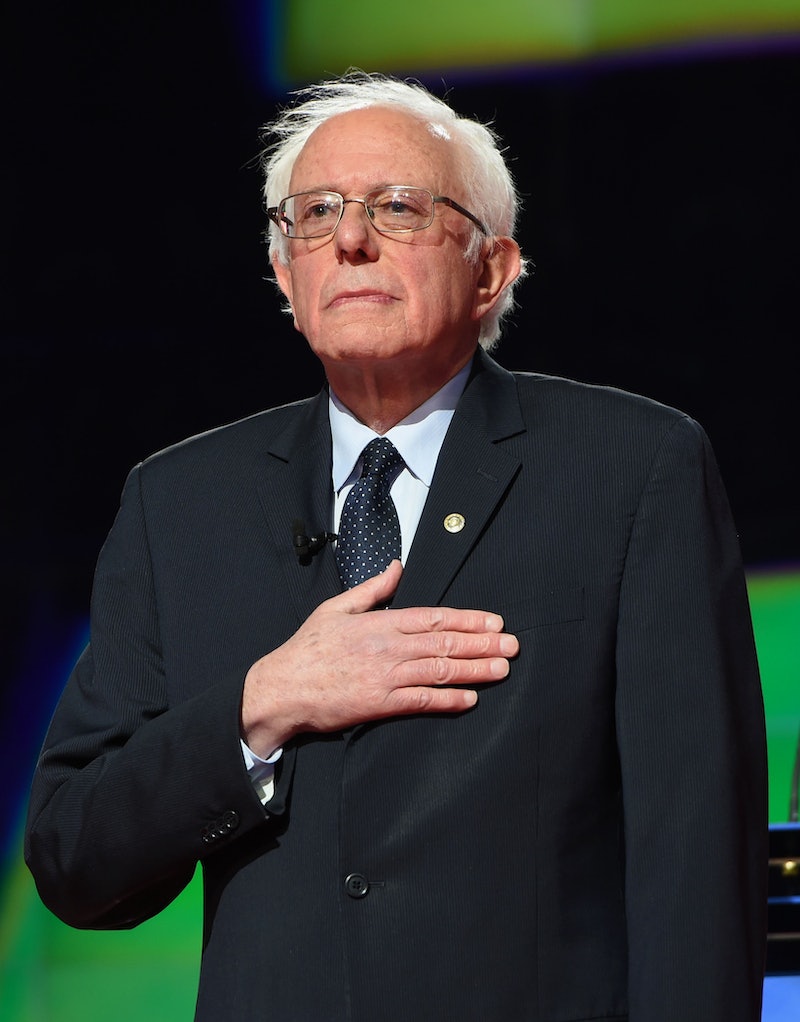 With the tenor of the Democratic primary race turning increasingly sour in recent weeks, the Democratic voters of the state of New York finally got their turn to make their presence known on Tuesday night. Former Secretary of State Hillary Clinton and Vermont senator Bernie Sanders went so far as to agree on an extra nationally televised debate in Brooklyn last week, and that underscores how crucial the Empire State was for both candidates. So, how'd the underdog make out — just how many delegates did Bernie Sanders win in New York's primary?

Heading into Tuesday, Sanders had been sending some slightly mixed signals about how competitive he really expected to be in New York. In the weeks and days leading up to the primary, he repeatedly affirmed that he believed he would win the state of New York, but then on Monday, an email sent to supporters from campaign manager Jeff Weaver reassured that they didn't necessarily need the win, so much as "pick up a lot of delegates."

Of course, if you fail to win a primary with proportionally allocated delegates, your opponent picks up more of them than you do, so that's really no help to Sanders' deficit in the pledged delegate chase.

So, how did the hard-charging senator fare against Clinton in her home state? The polls closed in New York at 9 p.m. ET, and the announcement didn't take very long — Hillary Clinton is your winner in New York, and she carried it easily. According to The New York Times, Bernie Sanders has won 104 delegates to Hillary Clinton's 135, with 98 percent of precincts reporting at the time of writing. Eight more delegates are still outstanding.

New York is the second-biggest delegate prize on the entire Democratic schedule, so a big win for Clinton could change the narrative of the race, even though her lead still would've been stable and safe at a narrower margin. But by virtue of Clinton already having a lead in pledged delegates, a double-digit shellacking of Sanders — she won by about 15 points — gives her a good chance to assert herself as the presumptive nominee of the party.

That's not to say Sanders is conceding anything, though. He's been very blunt in saying that his campaign will go all the way to the Democratic National Convention, and he was already in Pennsylvania campaigning by the time the New York race was called on Tuesday night. Moreover, after the results were announced, Sanders campaign manager Jeff Weaver suggested to MSNBC's Steve Kornacki that they may try to convince the superdelegates to overthrow Clinton, which would mean they're definitely in it for the long-haul.