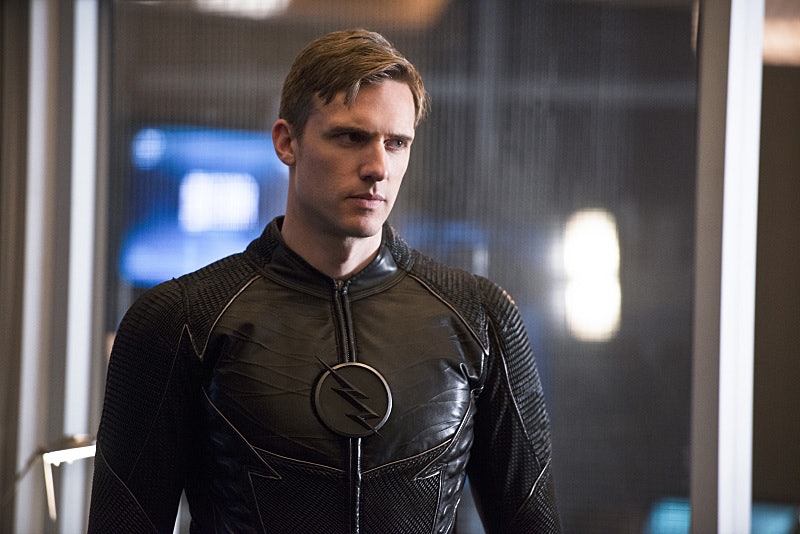 All heroes have origin stories, and subsequently, so do all villains. So it makes sense that in this week's revelatory episode, The Flash would open with Barry's tragic childhood juxtaposed with Hunter Zolomon's equally, if not more heinous, formative years. This episode was about showing two paths. One, to righteousness, and the other, to evil. So, how did Hunter Zolomon become Zoom on The Flash ? Put simply, it's because he took the latter path and never looked back.

Zolomon's childhood tragedy mirror's Barry almost exactly. Except, whereas Barry's mother was killed by Reverse-Flash and his father was falsely accused of her murder, in Hunter's case, it was the truth. Hunter watched on as his father abused his mother and then shot her, point blank, in front of him. But, that wasn't before he handed over his helmet to the boy, yes the helmet, for him to wear as if in some sick way, he was passing on the murderous torch.

From there, with no family who wanted him, Hunter went to a foster home. From both the neglect and scarring tragedy, rather than go Barry's way and channel that grief into helping others, he coped by learning how to hurt them. Wells tells the group that Hunter Zolomon was a deranged serial killer with 23 counts of murder to his name — and that was before he became a speedster.

How did the whole speedster thing happen? The particle accelerator, of course. Hunter was committed to an asylum where he was getting electroshock therapy (yikes) when the particle accelerator exploded and turned him into a meta-human. Or, as Wells asserts, an "unstoppable monster." And, the rest is history. Really, really, bad history.

Now that the origin story is out of the way, we can also clear up a major question that Team Flash and the whole damn audience had since Jay's "death." How was it even possible that Jay could be Zoom if Zoom killed Jay? Well, as Jay, aka Hunter, aka Zoom so helpfully explained, he went back in time, found his time remnant, and convinced his past-self to let his future-self murder him for the greater good of his dastardly plans. Makes sense, right? Doesn't everyone go back in time and find their previous selves and talk them into getting killed so that their future selves can get the job done?

So, there you have it. Hunter Zolomon became Zoom because he succumbed to the darkness of tragedy, whereas Barry rose above it. Hopefully, that same strength and perseverance will help Barry defeat Zoom when they truly face off on The Flash.