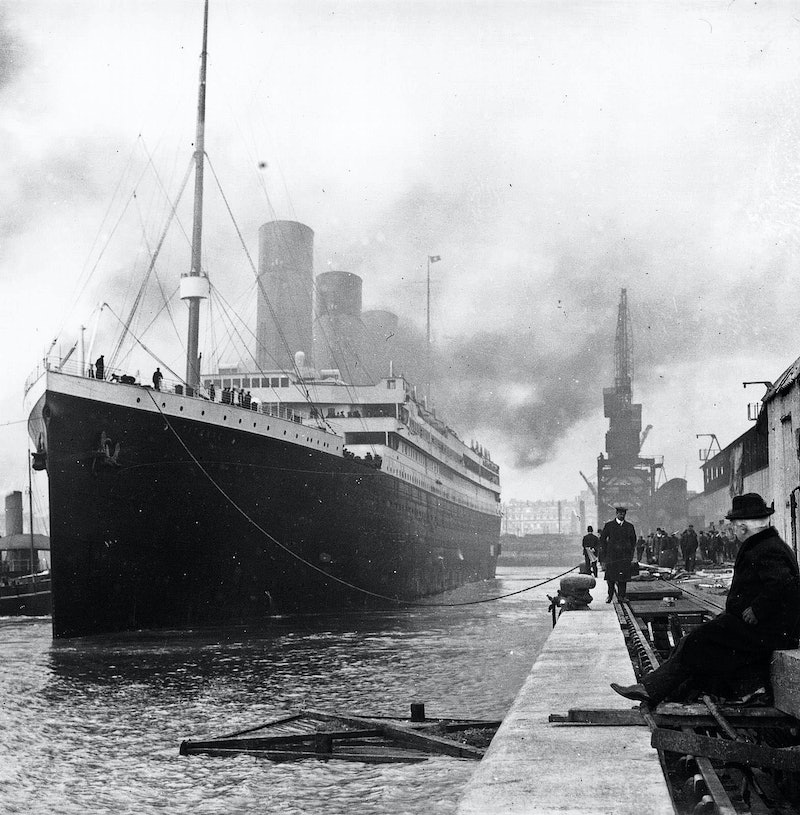 Since its infamous maiden voyage 104 years ago, the RMS Titanic has served as an endless source of fascination for casual filmgoers and hard-core history buffs alike. First, second, and third class menus from the Titanic allow a glimpse into what daily life was like on the infamous steamship before it’s catastrophic collision with an iceberg just before midnight on April 14, 1912. Unsurprisingly, the differences between eating as a first class passenger and a third class passenger were pretty extreme.

There were 2240 passengers and crewmembers aboard the Titanic when it set sail for New York on April 10, 1912. Passengers were divided into three classes that offered varying levels of service and accommodations. First class passengers were very wealthy and included millionaires John Jacob Astor IV, Isidor Straus, and Benjamin Guggenheim. Second class included more middle class people such as journalists and academics, as well as those working for the first class passengers. Third class comprised by far the largest group, with over 700 passengers, many of whom were people immigrating to the United States or Canada.

Class affected more than where passengers slept or what they ate — it also played a key role in determining who survived and who went down with the ship. Sixty-one percent of first class passengers survived the catastrophe (most of them women and children, who were loaded on the life boats first), but those numbers lowered significantly for people in lower classes. In second class, 42 percent of passengers survived, while less than a quarter of third class passengers made it out of the disaster alive.

Before its sinking, the RMS Titanic was touted as one of the most luxurious ships ever built. The ocean liner had a huge cooking staff and what were at the time state of the art cooking facilities, there to prepare more than 6,000 meals each day. Suzanne Evans explains the scope of the operation for the History Channel,

The main galley, which churned out food for first- and second-class passengers, featured serving pantries; a butcher shop; a bakery; vegetable kitchens; specialized rooms for silver and china; rooms for wines, beer and oysters; and huge storage bins for the tons of coal needed to fuel the 19 ovens, cooking tops, ranges and roasters.

In first class, passengers were treated to as many as 13 courses for a single dinner. This menu from the ship shows what these passengers ate for luncheon on the day the Titanic hit the iceberg:

Clearly, first class passengers weren’t lacking in options. The second-class menu is considerably simpler than that for first class, with fewer choices, but it still offered delicacies like lamb, curried, chicken, and roast turkey.

In third class, dining options were much simpler, with fewer options:

Although these dishes may look a lot less exciting than the feasts served in first class, they were nevertheless substantial and filling, and were in general a lot better than the typical food served to third class passengers on similar ocean liners. Evans points out that, “[c]oming from countries like Ireland and Norway where fresh fruits and vegetables were scarce, many third-class passengers probably found their fare almost decadent.”

People who want a taste of history (pun intended) can sample the Titanic menus for themselves; there are restaurants and cruises that recreate the Titanic’s final first class menu to commemorate the anniversary of the disaster every year.