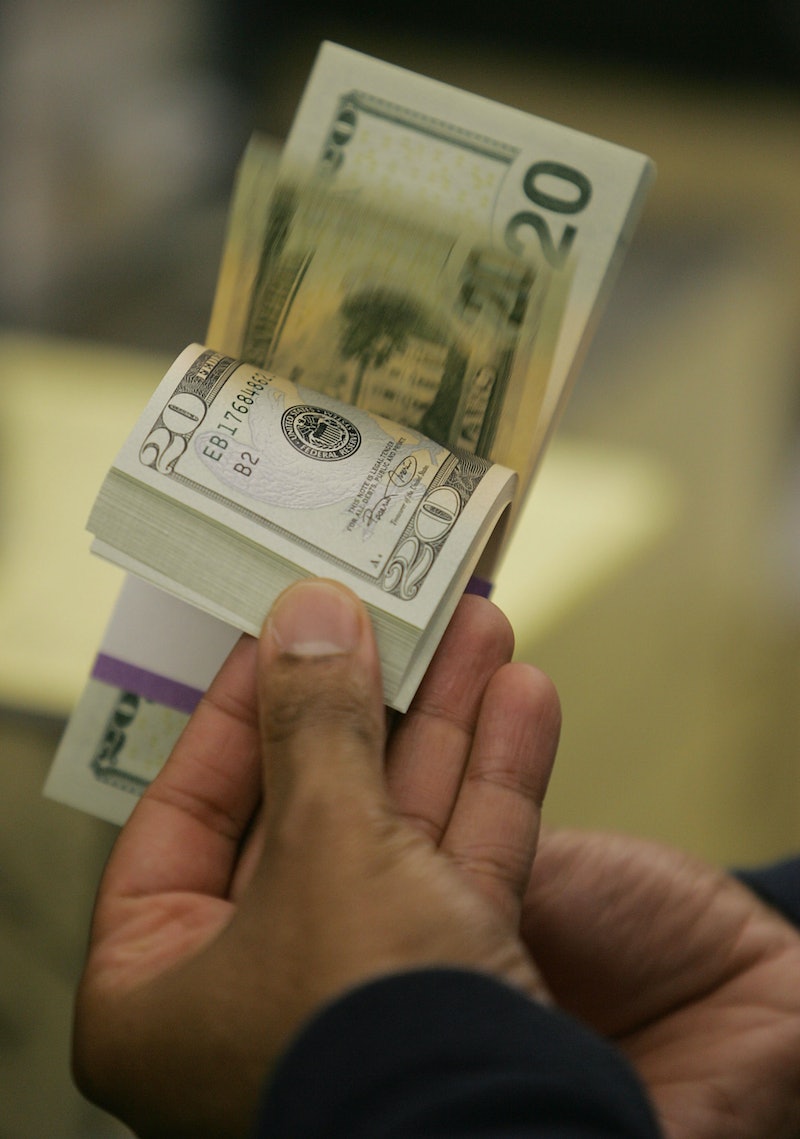 The Treasury Department was set to announce Wednesday that Harriet Tubman will replace Andrew Jackson on the $20 bill. Representing the legendary abolitionist who helped slaves reach free states on U.S. currency is a major victory for women's equality, as well as racial equality, since she'll oust a former president who owned slaves. While it's difficult to confirm dates from more than a century ago, it's believed Tubman began working on the Underground Railroad on April 20, 1853, making Wednesday the perfect day to announce Tubman's takeover of the $20 bill (not to mention, you know, $20 on the 20th).

The African American Registry, a non-profit educational organization, reported that Tubman started working with the network of anti-slavery activists to get slaves out of the South and their owners' control on April 20, citing the Encyclopaedia Britannica, though it's understandably difficult to confirm exact dates of events that occurred more than a century and a half ago. But if the date is indeed correct, that means the Treasury announced that she'll be the face of the $20 bill on what's likely the 163rd anniversary of the day she began her iconic work. After escaping slavery herself through the Underground Railroad in 1849, Tubman reportedly made 19 trips to the South, escorting about 300 slaves to Northern states over a 10-year period. As a fugitive slave helping other slaves escape, Tubman put herself in extreme danger every time she ventured south, but remained committed to getting others to freedom.

On her first Underground Railroad trip, Tubman rescued her sister and her sister's two children from their owners in Maryland, according to the African American Registry, returning for her brother the next year. Dedicated to having a free family, she went back a third time for her parents in 1857.

Tubman came up with clever tactics to evade slave hunters and other suspicious eyes while transporting others to the North — she would use the masters' horse and buggy for the first part of the journey, leave on a Saturday night since notices of runaway slaves couldn't run in newspapers until Monday, and even use a drug on crying babies who might give away the whole group. Perhaps the most telling anecdote about Tubman's dedication to freedom is that she carried a gun to threaten fugitives who wanted to give up, telling them, "You'll be free or die."

Although the announcement of Tubman's $20 debut was widely seen as a positive step toward better representation for women and minorities, her bill won't be a reality any time soon. Though the Bureau of Engraving and Printing's new design will likely be announced in 2020, the centennial of the 19th Amendment that gave women the right to vote, the bill won't be in circulation for at least another 10 years. Mark your calendar for 2030 — the Tubman $20 bill is coming.