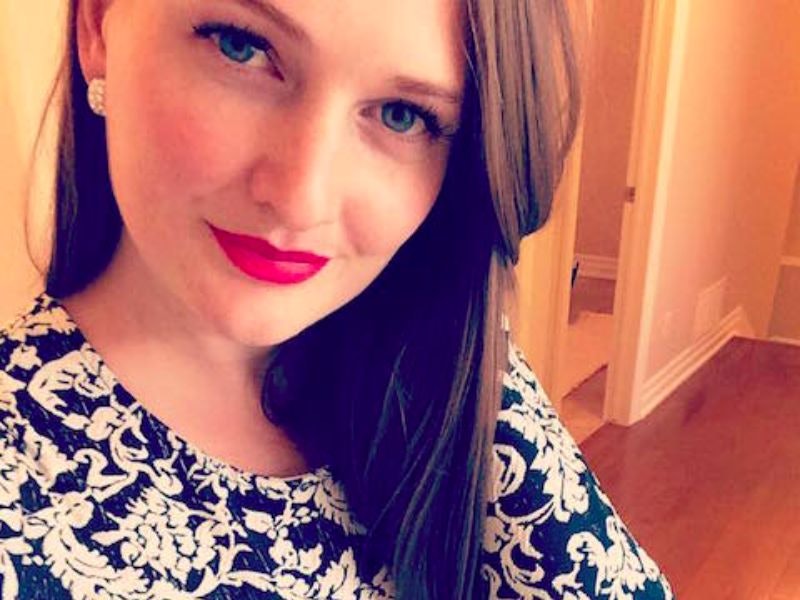 I'm less than one month away from my 30th birthday, and I have been reflecting a lot on the last decade of my life. I got a university degree. I spent countless fun and carefree late nights bartending. I climbed to the top of Mount Kilimanjaro. I stayed up until 3:00 a.m. with my best friend. I had a boyfriend, and then another boyfriend, and a couple more boyfriends. I watched lions roam on the plains of the Serengeti. I listened to pianos duel in New Orleans, and sat atop Machu Picchu. I sailed through Halong Bay, and meditated at Angkor Wat. I sipped coffee on a Costa Rican beach. I surrounded myself with the warmest kinds of friendships, old and new. I worked my way into a very successful career as a Realtor. I got married. And then 18 months later, I got divorced.

Where most people may look at this as a stain on my otherwise successful decade, I squarely place it among one of my proudest accomplishments. One of the things I hear most is, “Well, you must have known before you married him!”

On a beautiful spring day, surrounded by lilacs, I married one of the kindest and funniest men I had ever met. Pastels and burlap and lace, love and speeches, tears and laughter filled a wooden room full of our favorite people. My cheeks were sore from smiling, my eyes searching for him all night, thrilled at the idea of calling him my husband. We spent our brief honeymoon amazed at how lucky we were, basking in the calm after the storm and dreaming up beautiful thoughts of the future that we, of course, would turn into real memories.

Just a year and a half later, I watched him walk out our front door. And to be honest, we didn’t even try very hard to fix the marriage. He wanted to live in the country, with a bonfire pit, a garage made for tinkering and a chocolate lab, preferably named Hank. I wanted a big old brick home in the city, with a door made for hobbits and a baby I could wear in a wrap on my way to the nearest Starbucks. Our religious views were not in line. Our political views differed. Our views on race, sexuality, and war stood definitively on opposite ends. We knew all of these things before we got married, but we thought it would be OK because we were in love.

It’s nearly impossible to pinpoint an exact event or moment when things started to fall apart. Slowly, we started opting out of hanging out with each other’s friends. He would roll his eyes at the thought of spending an evening downtown sipping the newest fad cocktail. I would make up as many work excuses as possible to avoid a bonfire with a keg. Eventually, our weekends were spent apart, and then our weeknights, and soon enough, even long trips. It was only our second summer together, and we would be spending almost an entire month of it apart. Unfortunately, instead of tearfully saying goodbye before we set off on our separate adventures, deep inside we were both relieved to stop living up to the façade we had created. While our love and respect for each other was not faked, our compatibility as partners was becoming harder to justify. The chemistry had all but disappeared into our bustling schedules and frequent debates — which ranged from the validity of harem pants to who should run our country. There was very little screaming or anger, just a quiet and calm distance.

But, there we were, not even 30 and unhappily married. And of course, in this particular situation you…? Have a baby? Engage in multiple affairs? Drag each other under until you can’t breathe?

Or, you admit you were wrong. You push back the fear of judgement from your family and your co-workers and everyone who JUST attended your wedding. (Thanks for all the beautiful gifts, guys!) You try to forget that you’ll be losing a whole family of people you’ve grown to love and admire. You shed the tears and you make the phone calls and you sit in your living room, sipping vodka straight out of the bottle and wonder how you could possibly have ruined that so quickly. You feel ashamed and embarrassed and scared, because you’re allowed to, even though you know you’ve made the right decision. You listen to all of the unsolicited advice, about where it could have been fixed, or why you need to give it another shot. About how you “won’t make that mistake twice.”

And then, when you’re ready, you start going to yoga regularly and try to feel fit as quickly as possible, because Tinder is now a thing. You realize that those friendships you were so careful to maintain are made out of pure gold and you vow to always treat them as such. You bask in sleeping on a 45 degree angle. You buy the shirt he would have hated. And then you wear it on a date with a handsome newly divorced thirty something year old.

Because there is no shame in living the life you want. In loving your husband enough to not want to make him compromise. In loving yourself more than your marriage.

We made a promise to each other to stay best friends. That promise has already faded and given way to new relationships, new careers and the same differing views on, well, everything. But when I look back at the last decade of my life, I am so proud of us for giving into the failure, so that I could catch a glimpse of myself in my own rearview mirror and truly love the pure happiness looking back at me each day.