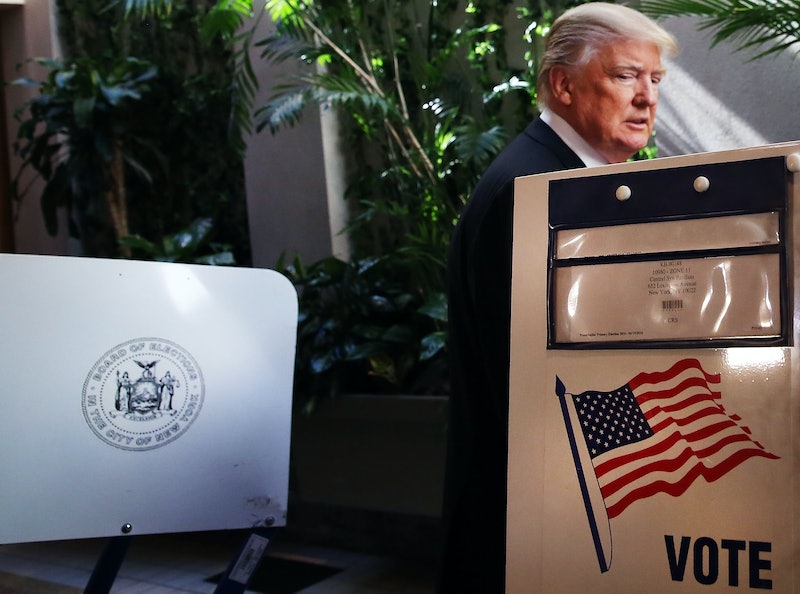 Donald Trump may not be able to vote for himself in Maryland, but plenty of others will. Just one week after New York, Trump is riding high on the 60-percent take in his home state and appears poised to repeat his success, although with lesser margins. Voters in Maryland — along with Connecticut, Pennsylvania, Delaware, and Rhode Island — head to the polls in what could be make-or-break primaries for Trump. Trump will win Maryland, according to the polls, but by how much? And will he get the delegates needed to keep him on track for the nomination?

Trump has the momentum again following New York. As CNN's David Gergen laid out, you never would have guessed it just two weeks ago. Trump lost Wisconsin, attacked Ted Cruz's wife Heidi, and said that women who have illegal abortions should be criminally punished. But that narrative's over now after he won big in his home state, and the polls reflect the same thing could happen in these next contests. In Maryland, Pennsylvania, and Connecticut, he is polling in the 40s with Cruz and John Kasich taking turns for second with numbers in the 20s. So the question is not if he'll win, but by how much.

Trump has been winning, but not with a high enough margin to secure the nomination. He had been significantly under on his delegate count. New York helped make up for that, but he only has about 95 percent of his target, according to FiveThirtyEight. On Tuesday, 172 delegates are up for grabs, and Trump needs to win 97 not to fall further behind. More likely, though, is that he'll make up some ground. In Maryland, FiveThirtyEight's goal was 17 of the 38 total delegates.

Depending on where he sees his support, Trump could potentially sweep the delegates in the state. Each of the state's eight congressional districts get three delegates. The top finisher in each district gets all three. Then there are 14 that go to the first-place finisher in the state, almost certainly Trump. If he wins just one congressional district, he'd already meet his quota, but he'll likely do far better.

Things could play out similarly in other states that vote Tuesday. Delaware and Rhode Island don't have significant polling to predict, but national trends still favor Trump. Delaware is even a winner-take-all state. Those 16 delegates could go to Trump. Connecticut allocates similarly to Maryland. Rhode Island is more proportional. Pennsylvania may be the outlier — at least as far as delegates go — and it might hurt Trump.

That's because 54 of the state's 71 delegates are directly elected. And they don't have to follow the outcome of the presidential preference poll — they'll show up at the convention unbound. So even if Trump wins the state, he can only count on 17 of the state's delegates come convention time. If a fair number don't support Trump, he could have a hard time passing the delegate threshold to clinch the nomination on the first round of voting.

These five states will have a huge impact on the delegate count. Be prepared to tally them up as the results come in Tuesday. Trump will need more than just wins, he'll need wide margins and as many delegates as possible.