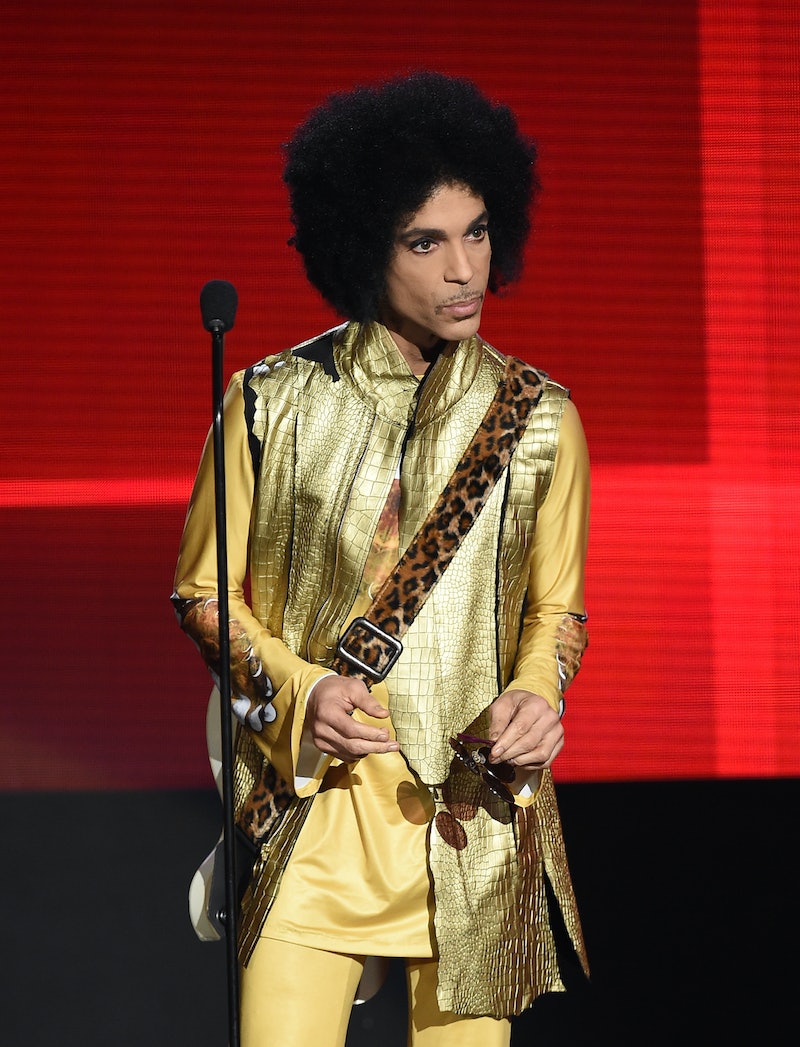 Prince's publicist confirmed in a statement to Bustle Thursday that Prince had died at his home. “It is with profound sadness that I am confirming that the legendary, iconic performer, Prince Rogers Nelson, has died at his Paisley Park residence this morning at the age of 57. There are no further details as to the cause of death at this time.” Prince — also known by his full name of Prince Rogers Nelson — was well-known for his music career that earned his seven Grammys and 30 total nominations. Popular songs of his include "Purple Rain," "I Wanna Be Your Lover," and countless other hits.

In a speech that Prince made at the 1985 American Music Awards, it seems as if the artist himself would also agree that he has lived his life to the fullest. The now nostalgic and heartbreaking speech he made while receiving the award for Favorite Pop Album along with his team, "The Revolution," not only commented on Prince's strong passion for his music, but also on his own views of what it means to live a fulfilled life. As he says in his speech, "For all of us, life is death without adventure, and adventure only comes to those who are willing to be daring and take chances."

While Prince goes on to thank God, the American public, his band, and more in his speech, he was especially sure to express how thankful he was to be there accepting the award and the importance of his fans. That same year, Prince also won the Academy Award for Best Original Score song, "Purple Rain," for the movie of the same title — making 1985 seemingly one of the biggest years in Prince's career. However, as many of his fans already know, that was only the beginning. Prince continued to release new music up until his latest albums put out in 2015, Hit N Run Phase One followed by Hit N Run Phase Two. He also surprised audiences by returning to the American Music Awards for the November 2015 show, where he presented the award for Best Soul/R&B Album to The Weeknd's "Beauty Behind The Madness."

Aside from his astounding music career, Prince also was sure to live his life with tons of adventure by speaking up about the things he cared about, including the co-creation of the Parents Music Resource Center — that worked to add parental advisory warnings to music in the '80s — and his tribute to police brutality victim Freddie Gray titled, Baltimore, released just last year.

Even now that Prince's adventure has come to a close, his music allows fans to continue to live his adventure for him. Prince has truly become an icon within the music industry that will never be forgotten.