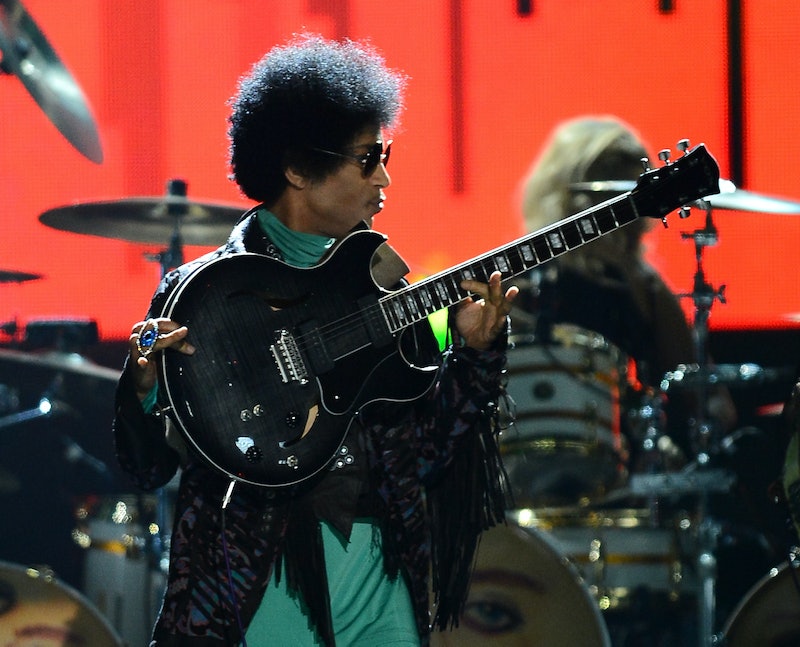 On Thursday, in news that shocked the world, beloved entertainer Prince was found unresponsive at his home in Minnesota, just five days after appearing at a local concert to reassure fans that he was in good heath. Seconds after TMZ broke the sad news of the musician's death, tributes, such as cartoons and memes honoring Prince, began pouring in on social media. The superstar was beloved by fans the world over, who had idolized him for decades.

Indeed, the key reason Prince had appeared at a local dance party near his home over the weekend, according to TMZ, was to reassure his legions of fans that he was OK. A couple of days prior, after having been forced to cancel two shows due to an illness that his representatives described as the flu, Prince suddenly became ill during a flight and had to be hospitalized. Although he was released just hours later, fans were shocked by the incident, and the icon sought to prove to them that he was in good health by playing what would be his last concert, in Atlanta.

Many people took to Twitter to share tributes to the icon and expressions of their mourning, including several touching cartoons.

One of Prince's last tweets has also been widely shared.

More like this
5 Striking Parallels Between Princess Diana & Prince Harry’s TV Interviews
By Catharina Cheung
Watch Jacinda Arden’s Devastatingly Honest Resignation Speech
By Sam Ramsden
Naomi Osaka's Boyfriend Cordae Is A Grammy-Nominated Rapper
By Jordyn Tilchen
Why We Love Investigating Friendship Breakups
By Carolyn Steber
Get Even More From Bustle — Sign Up For The Newsletter
From hair trends to relationship advice, our daily newsletter has everything you need to sound like a person who’s on TikTok, even if you aren’t.