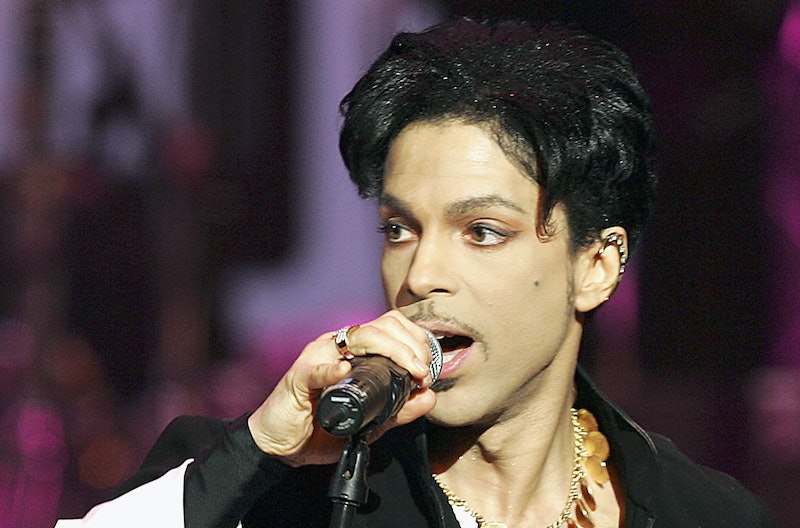 On Thursday, at his home and music-studio compound in Minnesota — close to where he had made his last appearance at a concert, just five days earlier — the music legend Prince was found unresponsive, and later confirmed dead. The news was abrupt and shocking, given that Prince was just 57 years old when he passed away. Although he had been hospitalized with what his representatives described as flu-like symptoms days earlier, millions of fans are suddenly left mourning their idol. If you're looking for memes and tributes of Prince, here are a few that you can share to honor the icon.

"It is with profound sadness that I am confirming that the legendary, iconic performer, Prince Rogers Nelson, has died at his Paisley Park residence this morning at the age of 57. There are no further details as to the cause of death at this time," Prince's publicist said in the official statement. The local sheriff's department noted in a tweet shortly thereafter that they would be investigating the circumstances of Prince's death.

Celebrities, politicians, and members of the public alike took to social media to pay tribute to the fallen star, sharing cartoons, memes, and powerful quotes of their icon.