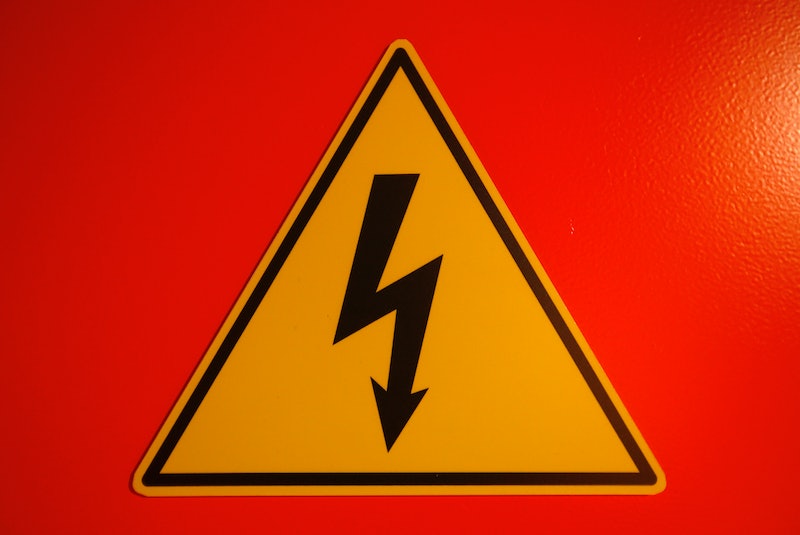 How would you like someone to shock you awake every morning? If you for some reason answered yes, you're in luck: There's an alarm clock that will wake you via electric shock. Which I think sounds stressful, but you do you.

From Pavlok, the company that helps you break your bad habits and train yourself on better behavior, comes the new Shock Clock, a wrist band alarm clock that wakes you up by shocking you. Much like the company's other products, which use shocking wristbands to break you of your bad habits, the shock clock is designed to "train your brain" — just in this case to train you to wake up at a particular time.

As they explain it, the problem with trying to get up on time is that, while you're waking up, your "logical brain" is still not online and you "reptilian brain" is running the show. And the reptilian brain apparently wants to sleep. Which is where the Shock Clock comes in:

Your Logical Brain says, “I want to get up at 6:00am” and programs the SHOCK CLOCK.

Your Reptilian Brain says, “WTF? I don’t want to get shocked!” and then it wakes you up and you STAY UP at 5:58 a.m., BEFORE your Logical Brain wants, all within five days, Guaranteed.

Of course, even if it works, it means you get woken up by an electric shock for several days. Which frankly doesn't sound worth it to me, even if they do promise it doesn't actually hurt too badly.

Here's a little more from the creators:

I might be in the minority, though, because the project has almost reached its crowdfunding goal on Indiegogo, and by all accounts, people really seem to want it. Assuming it meets its goal, which seems likely, it's scheduled to be available in September. So if you're brave enough to try it out, you can donate to the campaign to get a discount device here.

More like this
Poshmark Vs. Depop: How The Reselling Apps Compare
By Emma Carey
This TikTok Trend Wants You To Be Nicer To Your Inner Child
By Courtney Young
How to Delete (or Pause) Your Hinge Account
By Emma Carey
How To Protect Your Digital Privacy If You Need An Abortion Post-Roe
By Kaitlyn Wylde
Get Even More From Bustle — Sign Up For The Newsletter