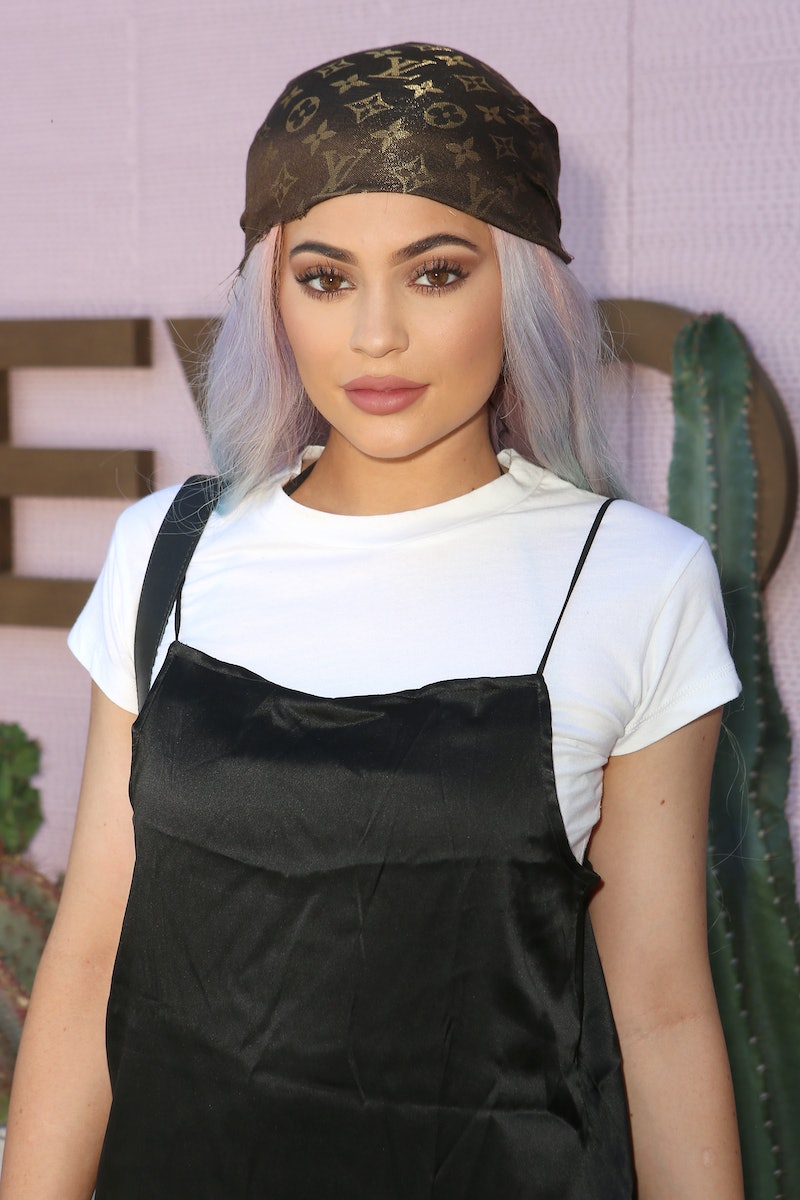 I'll put it out there right now: The Kardashian-Jenners are some next-level Internet trolls. And the proof right there is in the fact that Kylie Jenner and Blac Chyna hung out and Snapchatted the evidence on Thursday (April 21), and that is only a teeny, tiny little piece of the craziness that came along with it. Just you wait.

First, let's get some basics out of the way here: Kylie Jenner and Blac Chyna have a complicated relationship, to say the least. Jenner, 18, is dating Tyga, Chyna's ex-fiancé. Chyna, 27, is engaged to Kylie's half-brother Rob Kardashian. Tyga and Chyna share a three-year-old son, King Cairo. This makes Kylie and Chyna some kind of pseudo sisters-in-law, exes-in-law, potential aunt-but-also-stepmom situation. It's weird, it's complicated, and it's very Kardashian. But in true Kardashian-Jenner form, the two have embraced the awkwardness and have apparently been secret besties this whole time. (You guys, it only gets crazier from there.)

Kylie, Queen of Snapchat, shared a photo on her Snap story today of her and Chyna taking a mirror selfie. This alone is enough to #BreakTheInternet because the whole fam has stayed pretty much silent after Rob and Chyna got engaged, and this pic is proof-positive that at least one KarJenner is supportive. But because they're all about that #TrollLife, Kylie and Chyna turned the photo into something even more gossip-worthy by captioning the photo: "When we've been best friends the whole time.."

TBH, this is probably not accurate (remember that time Blac Chyna Instagrammed texts from Tyga wanting to reconcile with her when he was already allegedly dating Kylie?), but more like a recent acceptance. Or maybe it's just a caption that the two cooked up by rubbing their hands together and saying, "Watch Twitter blow TF up right now." Either way, the fact that they're embracing the awkward complications and are copacetic is commendable. Especially when there's a child involved.

Chyna also shared a similar pic on her own Snapchat, captioning hers: "Hanging out with my lil sis." Please note that the below photo was tweeted by former Hills star Spencer Pratt, who has a weird stake in everything Kardashian. Maybe because he's friends with Kylie's half-brother Brody Jenner? Who knows. But it adds to the hilarity and absurdity of the whole situation, and it's making me laugh probably way harder than I should be.

And to top the whole thing off, Kylie and Chyna couldn't let this Snapchat moment go by without face swapping. Blac Chyna is officially a Kardashian now, if only because she looks exactly like one. (I cannot even tell who is who.) The KarJenner assimilation has begun.

More like this
Kylie Jenner Shares A New Photo Of Her Son With Travis Scott For Father's Day
By Jake Viswanath
Prince William & Lorraine Kelly Lead Tributes To “Truly Remarkable” Dame Deborah James
By Sam Ramsden
Will Beyoncé Be At The BET Awards To Perform “Break My Soul” Or Attend The Show?
By Jake Viswanath
Fans React To Kelly Holmes’ “Extraordinary” ITV Documentary
By Sam Ramsden
Get Even More From Bustle — Sign Up For The Newsletter