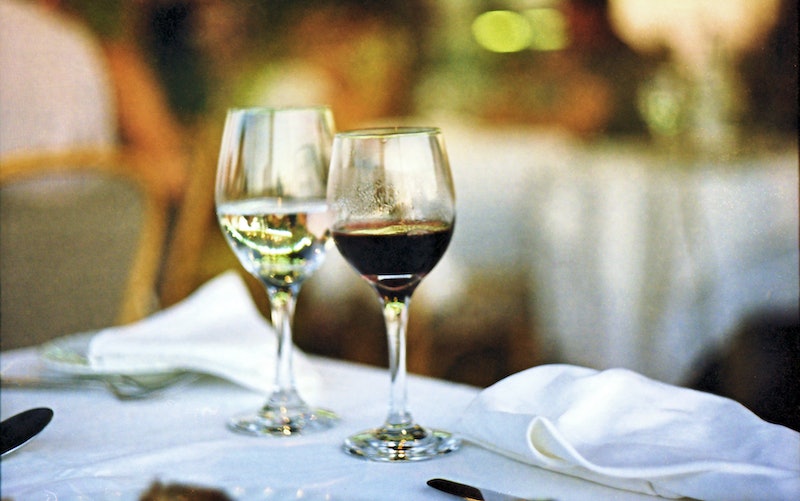 If you, like me, have been known to favor wines that cost five dollars or less, then I have amazing news for you. There is a way to make cheap wine taste better, and it's actually pretty brilliant — just put it in a blender. Seriously, it's that easy, and there's actually some science to it, as well. It's a process known as hyperdecanting, and in just a few seconds you can aerate your wine to bring to life richer flavors than you would normally find if you just popped open a bottle, business as usual. In fact, you can transform that two dollar bottle of wine into something that would normally run you $15 or $20.

Hyperdecanting is the brainchild of Nathan Myhrvold, an accomplished chef, gastronomist, and physicist who has worked with the likes of Bill Gates and Stephen Hawking. He is one of the authors of Modernist Cuisine: The Art and Science of Cooking , which The Wall Street Journal called "The most astonishing cookbook of our time." I know, it sounds like some pretty high praise, but what I'm trying to say here is that there is some serious science backing up the process of hyperdecanting; this isn't just a process my grandma came up with after a few too many wine spritzers.

If you've ever seen the pomp and circumstance that goes into decanting a fancy bottle of wine at a restaurant — the cloth-lined basket, the delicate pour into the oddly shaped glass decanter — then you're probably thinking that hyperdecanting is a bit like that. Well I have news for you, friends. You are completely wrong.

To hyperdecant a wine, all that you need to do is dump a bottle of wine in a blender and blend it on high for 30 seconds or so. The wine will get frothy and you'll see lots of tiny bubbles swirl around inside, and that is exactly the point. Just let the bubbles subside, pour the wine in a glass, and voila! Taste the difference. For comparison's sake, it usually takes between 30 minutes and three hours to decant a bottle of red wine otherwise.

Hyperdecanting speeds up the process of aerating wine by a lot. That's awesome, because many wines taste better after you aerate them for a while.

When you aerate a wine, you're really just exposing it to oxygen. You do that because:

Hyperdecanting gets you all the benefits of aeration in 30 to 60 seconds. The result? A wine that tastes like it has aged five years in just half a minute, according to many hyperdecanting enthusiasts.

The team at Modernist Cuisine ran a double-blind, controlled taste test with 14 wine experts to see if they could taste the difference between hyperdecanted wine and the standard stuff. The results? They preferred the hyperdecanted wine better.

Still don't believe me? Try it out for yourself. Invite some friends over, and have a blind taste test. It's a great excuse to bust open a few bottles of wine.