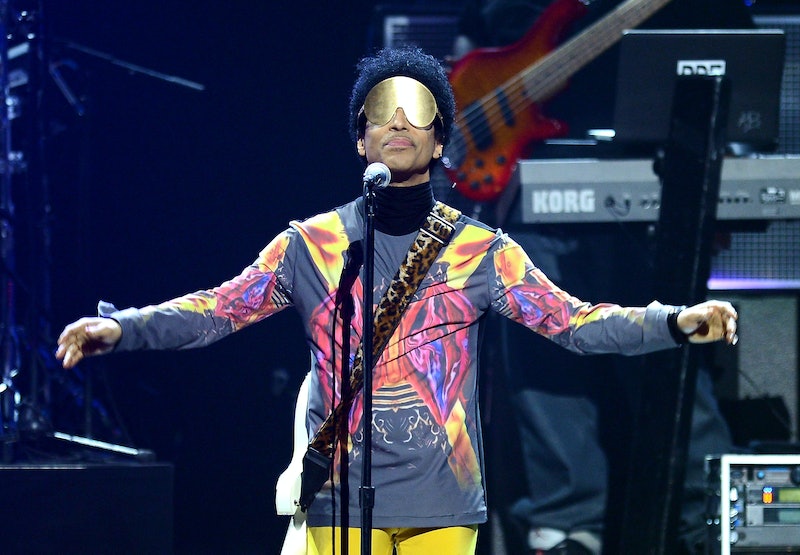 Losing a beloved celebrity so suddenly makes everyone eager to learn everything they can about their life, even and especially if they didn't know it before. In the wake of Prince's sudden death at the age of 57, I'm sure I'm not the only one wondering things like was Prince a vegan? You can listen to his music all you want, and, trust me I've been doing the same thing, but we all mourn in different ways. The way that works best for me is to memorize every factoid about the person that I can, in hopes that I can keep them alive in my brain and never have to actually say goodbye. So, this vegan thing. What's the deal with it?

Prince had so many other beautiful quirks and traits in the rest of his life that it wouldn't surprise me to find out his dietary life was the same, but it also never occurred to me to wonder until now. As hardcore fans know, Prince was indeed a vegan, and had been since the 1990s. In an interview with The Vegetarian Times in 1997, Prince shared that he hadn't had red meat in about a decade, but that lately he'd been making even bigger changes. "I've always had a preference for all things vegetarian," he said. "But not until recently did I find out how good they were for you (in a physical sense). We don't eat anything with parents. Complete vegans — both of us!"

By "us," Prince was referring to Mayte Garcia, to whom he was married from 1996 to 2000, and who introduced him to the vegetarian and vegan lifestyle. But even after the two split up, he held onto those new beliefs. In fact, he felt so strongly about applying the rule "thou shalt not kill" to both humans and animals that Prince worked closely with PETA throughout his life, being named their Sexiest Vegetarian Celebrity in 2006, and donating his song "Animal Kingdom" for the organization's 20th Anniversary Party. Here are some of that song's lyrics, just to give you an idea of how seriously he took this:

Just more proof that Prince really was as beautiful on the inside as he was talented on the outside. And his compassion for every being around him just makes his death that much harder to take.