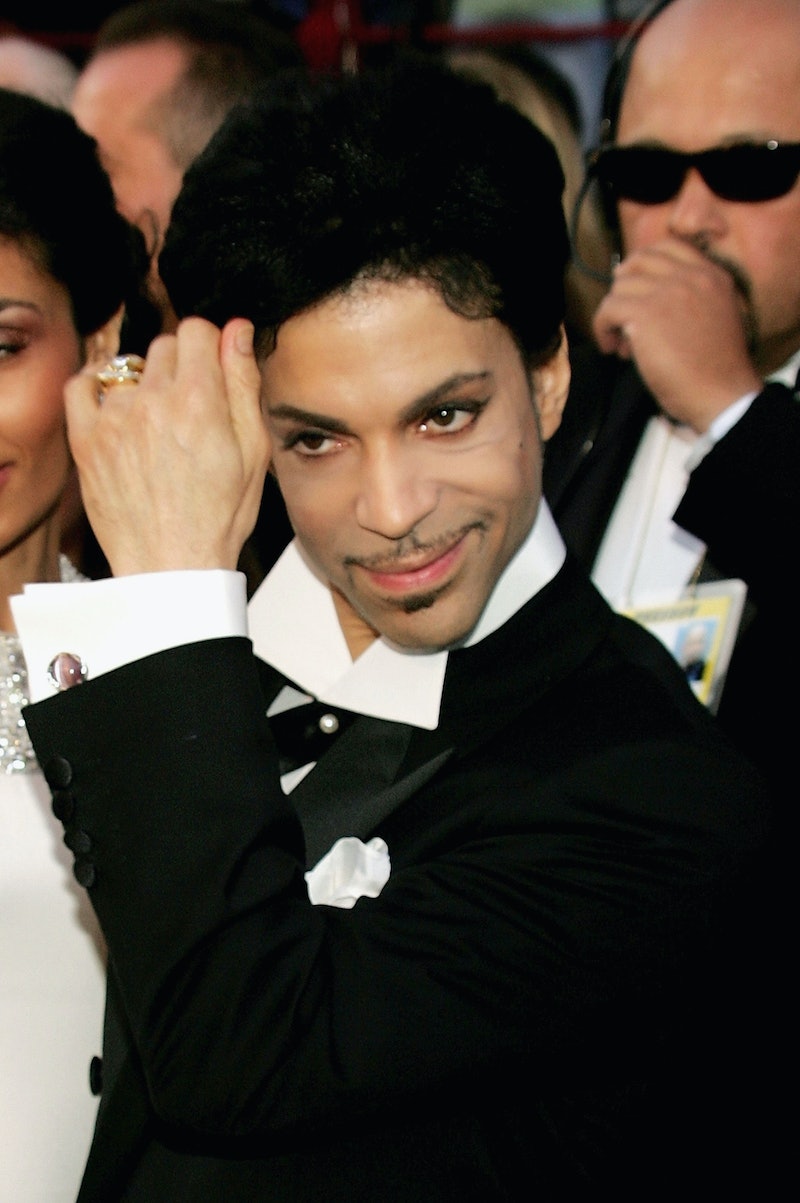 As more information begins to surface after Prince's death about his private life, fans naturally want to know about the singer's existence away from the spotlight, especially in regard to his past relationships, two marriages, and his family. It turns out Prince was from a pretty big family, with one full-sibling, named Tyka Nelson, three half-sisters, named Norrine, Sharon, and Lorna Nelson, and a half-brother John R. Nelson. Lorna and John have both died, with Prince leaving behind his three sisters, one of whom is a musician. Let's get to know his closest kin: who is Tyka Nelson?

Nelson, who was born in 1960, is two years younger than her brother, but shares his musical talents. She told People back in 1988 that she always remembers music as a part of her childhood, thanks to their musically inclined parents, John Lewis Nelson and Mattie Shaw. At the time, though, she described her parents' separation in 1965 as a "traumatic" event in her life. She told the magazine, "My father was this great big wonderful guy to me. When he left home, I felt totally alone. I remember everything about my childhood, but the year he left is blank; I blacked it all out."

Nelson, then 28 years old, exhibited eccentric behavior when talking with People, setting aside a spot at a restaurant table for her stuffed dinosaur, Jazz, and talking about an imaginary friend, Marc Anthony, during the interview. She explained, "I'm very shy, and I get nervous when I have to do something like this." In an interview 20 years later with City Pages, Nelson explained that her childhood had taken a toll on her, further elaborating on her shyness, saying, "I'm very quiet. In the beginning, my brother would play the piano and I would sing, because that's what my mom and dad did. And then along the way somebody teased me for even thinking that I could get up there. That stayed with me, and I became very shy." She also began smoking marijuana at the age of 13, according to her City Pages interview.

According to City Pages, in the early 2000s, Nelson went to rehab with the help of her brother and found solace in religion upon getting sober. She frequently takes to Facebook to share her beliefs and posted a few inspirational messages in the wake of her brother's death.

Nelson and her brother were extremely close growing up, but she always wanted her music career separate from that of her brother's. Of their childhood, Nelson told People, it was always "just me and Prince. He wasn't the type that grabbed snakes or put spiders on my pillow. He was always playing piano and basketball. Mom was working three jobs, and I was left alone. I grew up in a bubble. I just watched TV. I thought that's what you were supposed to do in life: sing and dance and act."

Though her musical career is not as well-known as her brother's, Nelson has released six albums since her debut, Royal Blue, in 1988. She has faced plenty of hardship, though. She told The National Enquirer in 2003 that before she was sober, she turned to prostitution: "I was a single mother and my boys were babies. I sold my body for food, money and Pampers." According to her Facebook page, Nelson now has six children, and has a positive outlook on life given her devotion to her faith.

Her last album was released in 2008, and it's unclear if she plans to continue with her music career.

In the immediate wake of her brother's death, Nelson met with fans outside his home in Paisley Park, Minnesota, to thank them for their support.