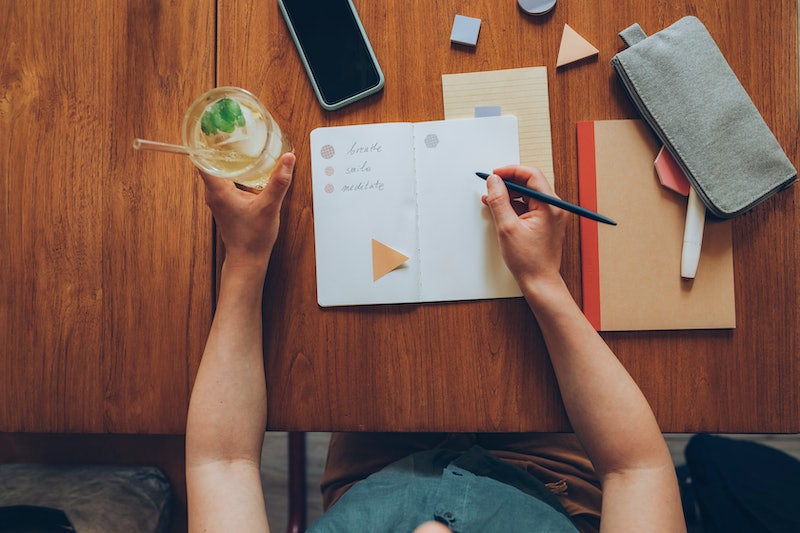 When it comes to learning how to remember important things, most people develop their own carefully-monitored system by the time they reach adulthood. Some people swear by whiteboards, while others may use complicated mnemonic devices. Personally, I always scribble down important information in one of my dozens of notebooks purchased for this very purpose, toss the notebook to the side, immediately forget where I put it, and buy a new notebook two days later to replace the old one. I didn't say the system works, but I make do.

According to research, however, there's a far easier way of remembering things — and science indicates that it actually works. In a study published in the Quarterly Journal of Experimental Psychology, researchers at the University of Waterloo compared two kinds of encoding strategies, writing and drawing. Over the course of seven experiments, participants were asked to remember lists of simple, easily-drawn words like "apple." After each word was presented, volunteers had 40 seconds to either write it repeatedly, a common strategy for memorization, or draw an image representing the word. After performing a filler task to give participants time to consolidate the information, they were given 60 seconds to recall as many words on the list as possible.

The details depended on the variation — some volunteers had to create a mental image of the word rather than writing it, while others were asked to add visual details to the written letters instead of drawing a picture themselves — but over the course of the study, a clear winner emerged: drawing. Participants who drew words were far more likely to remember them later than those who wrote them down.

In fact, researchers noted that people who drew often remembered twice as many words as other groups. Interestingly, this effect was seen no matter what kind of drawing they performed; people who simply doodled around the written letters still outperformed the writing group. According to researchers, this "drawing effect" may stem from the way drawing engages multiple areas of the brain.

Of course, this particular study only applies to simple words; there's no telling if the effect extends to more complicated ideas or concepts that aren't easily drawn. However, the results are clear; for memorization, drawing is the way to go. If you immediately panicked about your lack of artistic talent, don't worry — researchers said that even people whose drawings left a little (or a lot) to desire saw an improvement in recall.

"Importantly, the quality of the drawings people made did not seem to matter, suggesting that everyone could benefit from this memory strategy, regardless of their artistic talent," Dr. Wammes said.

There you have it! Even if your drawings wouldn't be out of place in an elementary school hallway, drawing something still makes you more likely to remember it later. Now if you'll excuse me, I have a sketchbook to buy — my pile of "important stuff" notebooks is looking a little lonely.