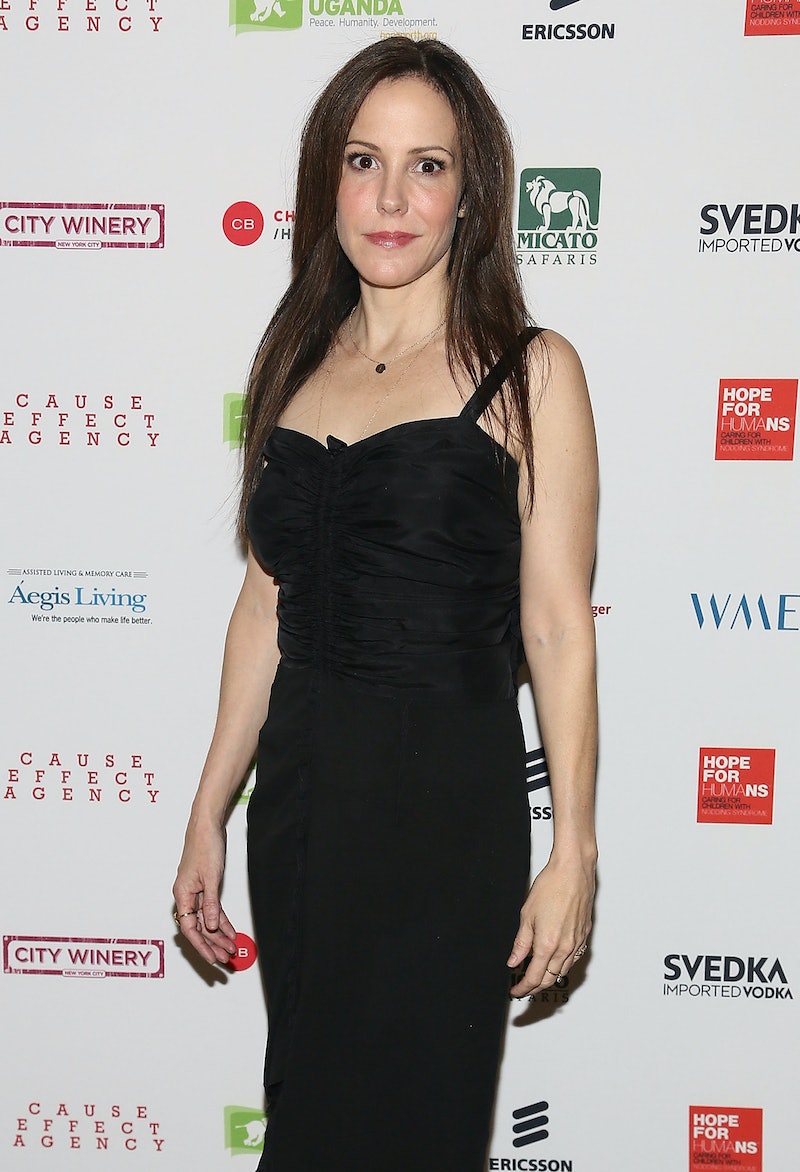 Good news, Weeds fans. On Friday, it was announced that Mary-Louise Parker may be starring in a new comedy pilot called Feed Me on NBC, according to The Hollywood Reporter, which would be Parker's first return to television since wrapping Weeds. The half-hour show is actually a remake of The Marriage Bed. On Feed Me, Parker would play the leading role, Ellen, who's described as an "OCD wife, mother of two and accountant" who won't change her ways, creating challenges in her life for her husband and family, who are in the restaurant business together.

The show is a comedy that explores intimacy and desire among adults while coping with a dysfunctional family.

On Weeds, Parker played Nancy Botwin, a mother who sold marijuana to support he family after her husband's death.

Eh? Strong mother role and a dysfunctional family? It's not Weeds, exactly, but if we can't have that, then we want this. Coincidentally, the show would reunite Parker and NBC Entertainment Chairman Bob Greenblatt. Greenblatt was formerly an executive at Showtime and greenlit Weeds, which secured Parker three lead actress Emmy nominations, four Golden Globe nominations, and one Golden Globe win.

The plot will reportedly move along when Ellen's daughter Emma's husband has an affair, and the family must protect her. This show sounds all kinds of awesome, and we know that Parker could really sink her teeth into this role, so we hope she makes it official soon.