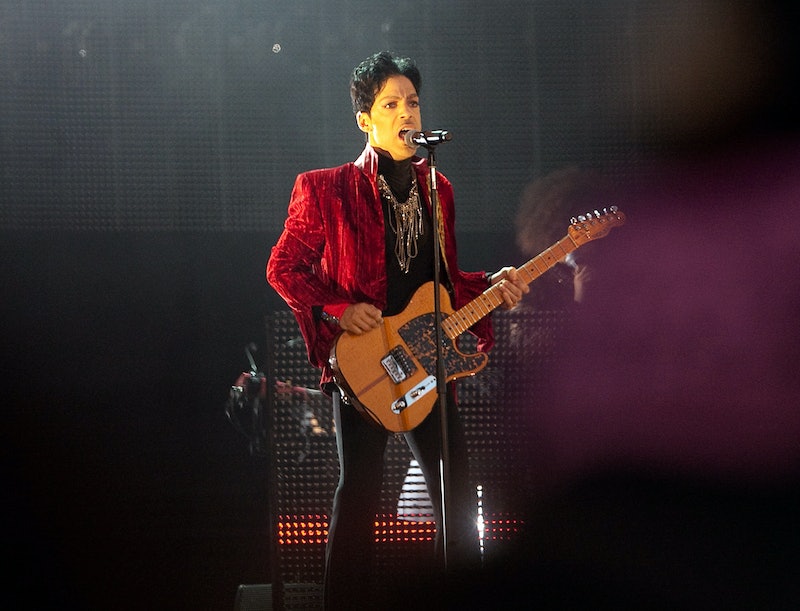 Hey, remember that amazing 1986 musical drama that Prince directed and starred in, Under the Cherry Moon? Here's all you need to know about it: 1) Prince plays a gigolo 2) Him and Janet Jackson-backing-dancer-made-good Jerome Benton swindle wealthy French women, which is the most delicious cinematic revenge for every time a French lady eye-rolled you for looking like a dork in Paris or referred to you within hearing as "La fille avec le minijupe." (Or has that only happened to me?) Anyway, if you're asking yourself can you find Prince's Under The Cherry Moon on Netflix, my answer to you, friend, is a frowny face . Sadly, it's not there. But don't despair.

You can rent or buy Prince's directorial debut on Amazon video for a basically negligible amount for such a hot piece of filmic history. Let's be real: it's basically Prince's best film. If I haven't convinced you yet, might I recommend you click on the trailer below? It's literally the most attractive invitation to see a movie I've ever seen. All that happens is that, for 90 seconds straight, the characters just make big, louche cow eyes at each other and bite down on their fingers in barely-repressed horniness, presumably to stop themselves from just tearing their clothes off and jumping on each other. I imagine this is how life looked all the damn time for Prince, because he was Prince.

And if you're thinking of making it a full movie night experience, might I recommend a film or two to go with it? This might require a small helping of spoiler for justification, so click away now if you want to go into the movie with zero advance info. So, Under The Cherry Moon takes that tried-and-tested trope of the slick confidence man who ends up falling for the lady he's meant to be exploiting. This makes it the perfect pairing for classic 1941 screwball comedy, The Lady Eve. This movie is the living end. It has Henry Fonda being absolutely adorable and very nerdy and Barbara Stanwyck being terribly cynical and knowing as a lady fortune-hunter and then just falling for him anyway.

Another good pairing for the movie would be something a little more modern, say, like Hitch? Will Smith plays a dating expert who can't for the life of him seduce Eva Mendes' character and ends up falling for her, even though he can't, he shouldn't, it's terribly unprofessional.

Are you ready to say "f*ck clubbing, I'm staying in and treating my eyeballs to some Prince night?" I know I am.

More like this
'Dune: Part Two' Could Include A 'Little Women' Reunion
By Arya Roshanian and Alyssa Lapid
Jurnee Smollett’s Heart Is Healing
By Rebecca Carroll
What’s New On Netflix: Lana Condor’s Ghostly Comedy & A Sexy Reality Series
By Arya Roshanian
Kimberly J. Brown & Daniel Kountz Looked Back On Their ‘Halloweentown’ Romance
By Stephanie Topacio Long
Get Even More From Bustle — Sign Up For The Newsletter