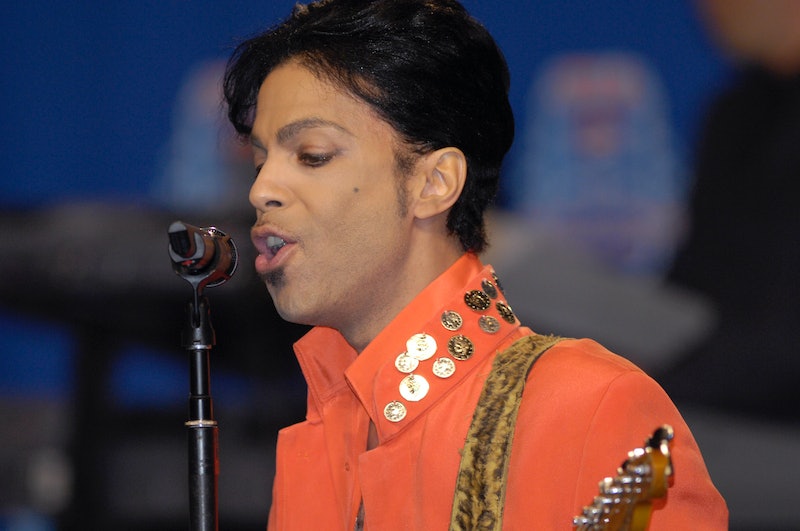 It has been a hard week for the music industry, and for music lovers everywhere. On Thursday, Prince's publicist announced that the beloved "Purple Rain" singer has died in his home in Minnesota. Though fans have not received additional information about the cause or circumstance's around Prince's death, the world has felt the tremendous loss. Fans have taken to honoring Prince via Twitter, and perhaps Whoopi Goldberg said it best when she expressed exactly how the world felt about Prince's passing: "This is what it sounds like when doves cry." The line is, of course, a reference to Prince's song "When Doves Cry," but it brings up questions of what did Prince mean by when he referenced crying doves?

The symbol that we closely associate with Prince has significant meaning outside of his song. Prince's song, which was written for his semi-autobiographical film Purple Rain, describes a tumultuous romantic relationship. Here's a sample of the lyrics:

In the song, crying doves seem to refer to what happens when two people who were once in love start to fight. However, according to the website Bright Hub Education, mourning doves don't necessarily just represent grief or sadness: they actually represent optimism in the face of such tragedy. "Beyond [the doves] sorrowful song is a message of life, hope, renewal and peace," says the site. Though it's unclear whether this more hopeful message is what Prince meant when he wrote "When Doves Cry," the symbol should remind fans that even in times of great tragedy, there is hope for better days on the other side.

And in case you're wondering, Prince's doves weren't just symbolic. According to Entertainment Weekly, Prince kept actual doves in his home in Minnesota. Maybe he needed a little bit of that hope as well.