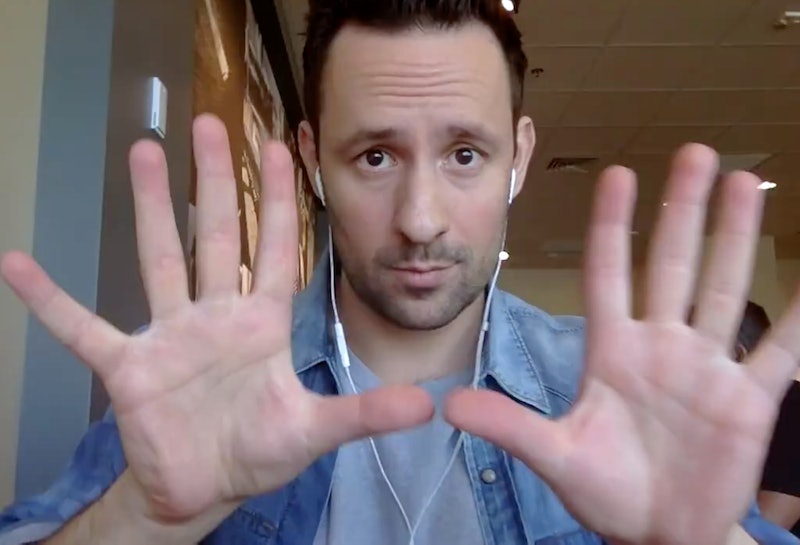 If you’ve been seeing a lot of magic tricks set in coffee shops popping up on Facebook recently, you may be wondering, “Who is Rick Lax?” Rick Lax is a self-described “deception expert” based in Las Vegas. He’s mostly worked as a consultant in the magic industry, creating magic tricks for other magicians (including David Copperfield); he’s also written three books and co-created the SyFy show Wizard Wars. But although Lax has usually stayed behind the scenes, last year, he started posting interactive magic videos on Facebook, featuring seemingly simple math tricks and mindreading games. The videos have since gone viral, routinely racking up tens of thousands — if not hundreds of thousands — of “Likes.” I’ve tested out a bunch of them, and, guys, they’re pretty darn eerie.

I tend to associate magic shows with a lot of glitter, music, and mechanically produced fog (actually, I may have just watched too much Arrested Development), but Lax keeps things simple. He says on his website that he usually films his videos with a MacBook webcam, and most of them take place in a coffee shop, with simple props like paper, foam balls, and playing cards. Lax writes of his videos’ popularity, “Just goes to show you the power of good content.”

Try out some of Lax’s videos for yourself below — these are all tricks that worked for me:

Is your mind blown yet? Check out more videos on Lax’s Facebook page.