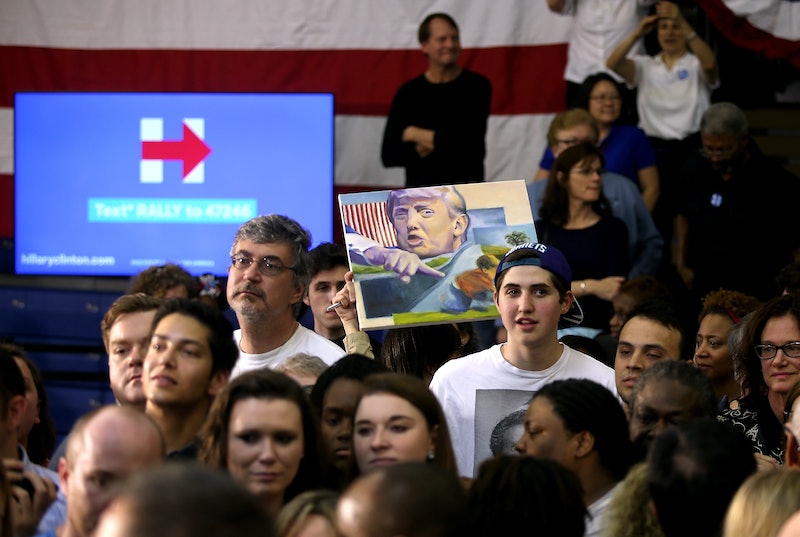 The April 26 Super Tuesday primaries will pit the five remaining presidential candidates against each other in five key states. This contest is the first multi-state event since the ever-important April 19 New York primary, which ended with big wins for Donald Trump and Hillary Clinton. Although all the states are crucial for the candidates, the Delaware primary predictions revealed similar outcomes to New York, projecting sweeping victories for Trump and Clinton.

There weren't many polls conducted ahead of the Delaware primary, which obviously weakens the predictions. However, Real Clear Politics data revealed a glimpse into what could happen for both parties. On the Republican side, Trump is projected to lead by 37 percentage points; for the Democrats, Clinton is projected to lead by just seven percentage points. Although Clinton holds a narrow lead over Bernie Sanders, some of Delaware's political pundits have looked to other states to project her outcome in the First State.

Paul Brewer, director of the University of Delaware Center for Political Communication, told The Wall Street Journal that Clinton's lead in the adjoining states of Maryland and Pennsylvania "are a good indicator of the possible outcome" in Delaware. Also, because African Americans supported Clinton overwhelmingly in past contests, Delaware's high percentage of black voters (22 percent of the population) could help boost Clinton's support in the state's primary, according to The Wall Street Journal.

However, despite Clinton's predicted victory, jobs and the economy are a big issue in Delaware, which could make way for an unexpected victory of Sanders. It was reported that the agriculture-and-chemical organization DuPont Company planned to cut 1,700 jobs by early 2016. Because of this, Reed Millar, the Delaware state director for the Sanders campaign, told The Wall Street Journal, "We see there are opportunities here” for Sanders to win the state's primary on this issue.

With a double-digit lead over Ted Cruz and John Kasich, Trump's predicted Delaware victory seems almost guaranteed. There are 16 delegates up for grabs in the state, and because Delaware is a winner-take-all contest, it is more important than ever for the GOP candidates to try to secure these delegates. John Fluharty, the former executive director of the Delaware Republican Party, told The Wall Street Journal that for the first time in recent history, the small state of Delaware actually matters for the presidential election.

This is a level of excitement in Delaware in the Republican party that we haven't seen in years. Normally folks don't pay a lot of attention to Delaware, but every delegate counts this year.

Although Trump has been predicted to sweep Delaware, Fluharty said that the competition would be divided among the state's regions: Trump and Cruz will likely compete for the more conservative voters in southern Delaware, while Kasich will likely focus his efforts on securing support among the suburbs of Wilmington in the norther part of the state.

But don't take the *official* GOP predictions for the Delaware primary; simply look to Trump's tweets and he'll tell you exactly what he's predicting for the First State.