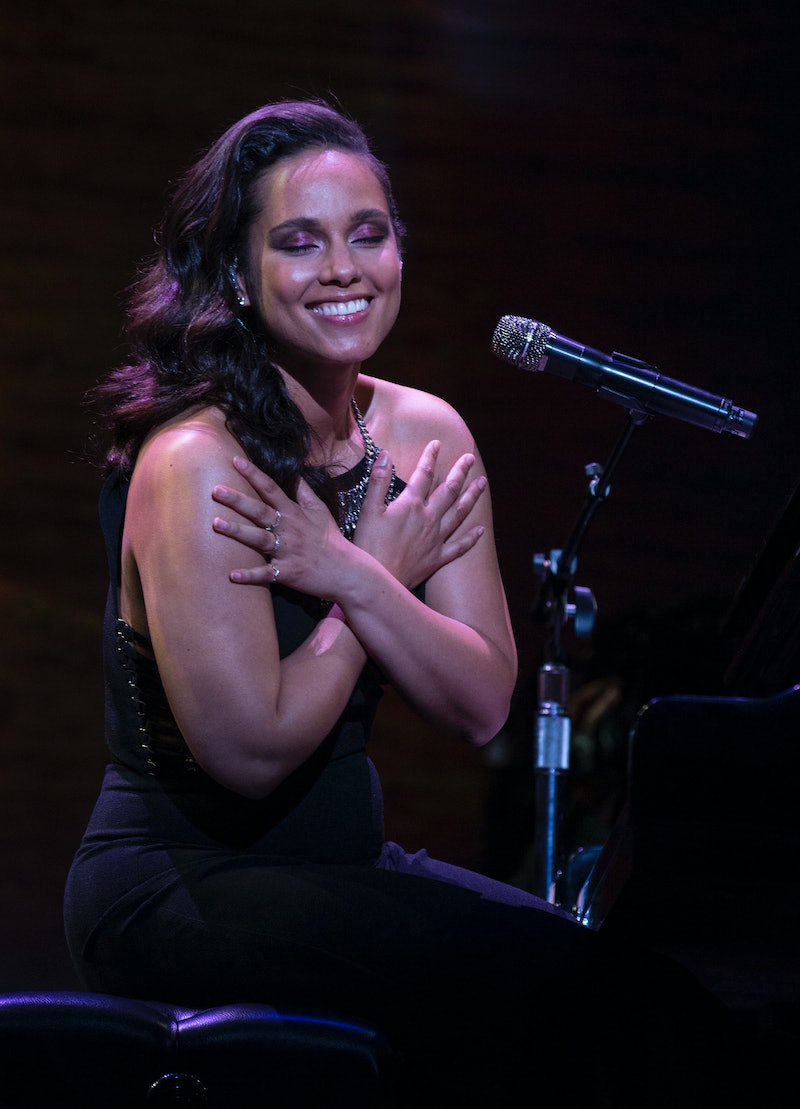 The best part about a tribute to Prince is that it’s uniqueness and divergence from his own particular style honors him and his free, creative spirit that much more. Staying true to her sound while honoring his magnificence, Alicia Keys' did a Prince tribute at the Tribeca Film Festival. And the song in question? Well, it was none other than Prince's "How Come U Don't Call Me Anymore?," a cover of which Keys featured on her album Songs In A Minor.

As TooFab notes, a fan who was at the festival and luckily got to witness Keys' performance live, shed some light on the tribute, writing the following as the caption of an Instagram video he took of the sentimental moment:

Most amazing song I've ever heard live. At a private Alicia Keys concert with about 200 guests, on the day Prince dies, she first explains her first phone conversation with Prince to get permission to perform this song (Prince allowed maybe 4 people to play his songs in his life, 1 each) then she plays "How Come U Don't Call Me Anymore" the song he allowed her to play, in tribute. Wow.

Billboard reported that Keys said of Prince during her performance:

We lost someone very special. Prince showed me what it means to be an artist... how to be bold and brazen... There was nobody like him before, and there’s not going to be anybody like him after.

Truer words surely haven't been spoken. But the singer is a force to be reckoned with in her own right, and this tribute does the legend and his talent so much justice.

More like this
You Might Want To Rewatch 'Elvis' For This Britney Spears Easter Egg
By Grace Wehniainen
Adele’s All-Female Lineup Includes Kacey Musgraves, Mahalia, & Self Esteem
By Shahed Ezaydi
Alicia Silverstone Has Recreated An Iconic 'Clueless' Scene
By Frances Stewart
Cardi B’s New Single “Hot Shit” Features Kanye
By Alyssa Lapid
Get Even More From Bustle — Sign Up For The Newsletter