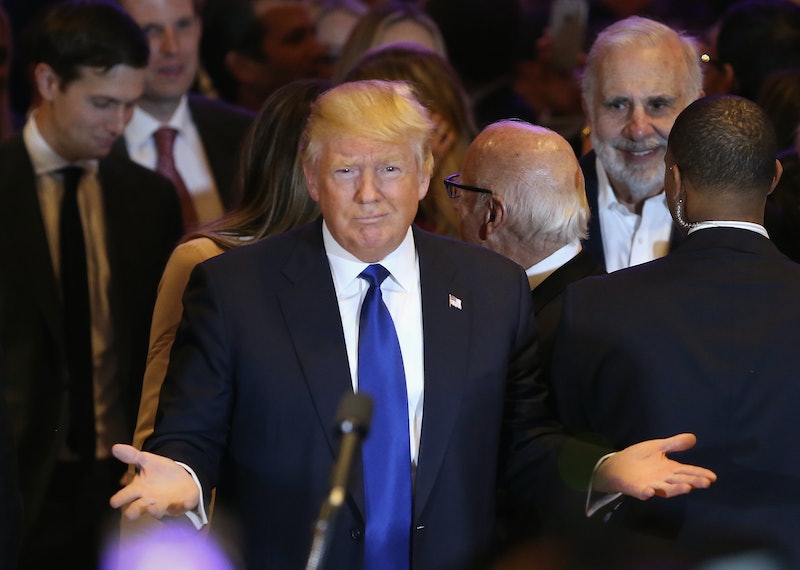 On April 26, Republican presidential frontrunner Donald Trump will have the chance to take an even more decisive lead over his rivals for the party's nomination, with five states holding their primaries simultaneously. Of all the states holding their primaries Tuesday, Delaware offers the smallest number of delegates for Republicans — just 16. Still, in his quest to secure the nomination ahead of the Republican National Convention in July, every bit counts. The question is: Will Donald Trump win Delaware?

It's not clear whether Trump will get anything remotely like a slam dunk in Delaware. In fact, Paul Brewer, director of the University of Delaware Center for Political Communication, told The Wall Street Journal that he believed “a lot of scenarios could play out" for Republicans battling in the First State.

There also simply isn't a ton of polling data available on Delaware — a fact (a problem) which Nate Silver at FiveThirtyEight noted in his analysis of the state's potential Republican primary outcome. That being said, the highly sage Silver suggested turning to neighboring Maryland and Pennsylvania to make predictions about The Donald's odds in Delaware, which would mean his chances of winning are pretty good.

What's even more interesting is how, despite the fact that Delaware offers only a drop in the bucket for what's needed for a Republican to secure the nomination — the magic 1,237 delegates — the state carries a high bang for its buck. It has a winner-take-all system for allocating those 16 delegates, and the winner gets a big payoff. "Delaware’s votes are surprisingly high-leverage," Silver observed, explaining that "based on the ratio of voters to delegates, a Republican vote in Delaware is worth about four times more than one in Florida." Boom.

Trump may very well recognize the power of this tiny state. On Friday, he spent time campaigning there, holding a rally in Harrington, Delaware. "We're going to have companies, you watch. They're going to start making their products in our country, folks. You watch!" Trump told a cheering crowd while wearing his signature "Make America Great Again" hat. For good measure, he boasted, "I know how to fix the system."

Whether the enthusiastic crowd at Friday's rally is representative of Delaware Republicans' feelings toward Trump remains to be seen until April 26. But it's clear that Trump is hoping a pit stop in the small state will prove to be worth his while.