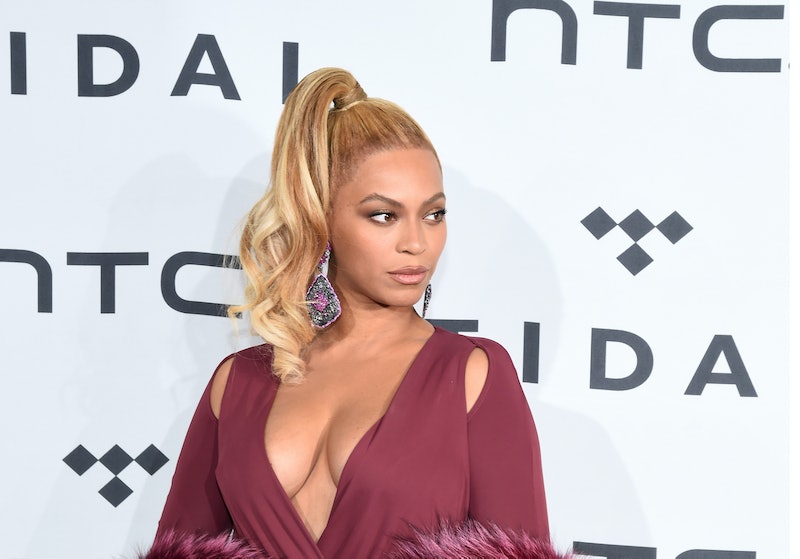 When it comes to music streaming services, Tidal is a bit divisive. So is Beyoncé's Lemonade a Tidal exclusive? Two of the biggest album releases of the year, Rihanna's ANTI and Kanye West's The Life Of Pablo, debuted as Tidal exclusives. This exclusivity has contributed to how Tidal is often treated as the red-headed stepchild of Spotify and Apple Music. Now, Beyoncé's Lemonade has been unleashed on the world and caused those who enjoy the Queen Bee's music (AKA everyone) to celebrate. Only one thing could throw a major wrench in people's enjoyment of the album — it being a Tidal exclusive.

Update: For those who don't have Tidal, Beyonce's Lemonade was made available for purchase on iTunes on Monday, April 25 in both its Explicit and Clean forms. The download includes the entire Lemonade special, though not the individual music videos, which fans will have to watch the special in order to see.

Earlier Update: According to SPIN, Lemonade will only be available via Tidal, and no other service, ever.

Earlier: Tidal is an effective and innovative streaming platform, but it is very particular about which of its songs and albums get released on other streaming platforms. As late as the day before the Lemonade premiere, Beyoncé's anthem "Formation" was still only available via the new streaming service.

Given this, Queen Bey seems to be standing by Tidal, even though other Tidal-exclusive releases like ANTI and The Life Of Pablo eventually made their way to other streaming sites. This isn't all that surprising, though, when taking into account the fact that the service is partly owned by her husband Jay Z. Now that the event has premiered and made the world a stronger, better, prouder place — should fans get their credit cards out and get that Tidal subscription if they want to listen to it again?

Lemonade, the album, premiered on Tidal during the HBO special event and nowhere else. Lemonade appeared on Tidal even before iTunes, meaning that Beyoncé may be truly making the album a Tidal exclusive in the same way that The Life Of Pablo was, in that it's not even available for purchase anywhere else.

The Tidal version of Lemonade features 12 tracks and the entire Lemonade film for re-watching. The Internet seems to be pouring over the lyrics to determine what the inspiration behind the album is, meaning that Lemonade could be Tidal's biggest hit album yet. Who else could deliver such a successful exclusive Tidal release like Beyoncé?