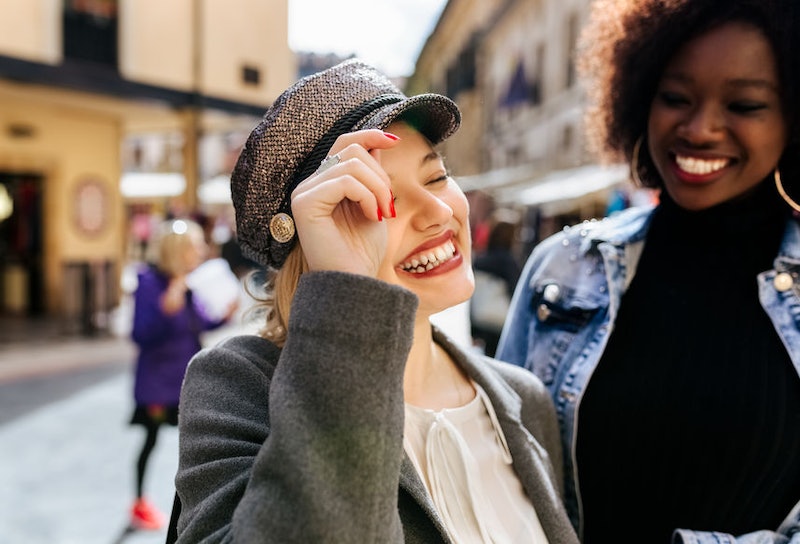 What's the best way to achieve happiness? Despite the conventional wisdom that doing nice things for yourself will make you happy, a new study suggests the key to happiness is doing kind things for others. Which isn't to say you shouldn't treat yourself, or expect to be treated well, but does mean that the idea that you can be happy by just looking out for yourself isn't actually true.

In a new study published in the journal Emotion, researchers monitored participants over the course of six weeks. Some of the participants were told to practice "self-focusing" behavior, such as doing nice things for themselves. Others were told to practice "prosocial" behavior, such as performing kind acts for others or acts that served a greater good. Others were instructed to practice a neutral behavior. At the end of the six weeks, researchers found that the people who practiced prosocial behavior showed "greater increases in psychological flourishing" than the other groups.

In other words, doing nice things for other people really is good for you.

"When it comes to the pursuit of happiness, popular culture encourages a focus on oneself," the authors write in the study. "By contrast, substantial evidence suggests that what consistently makes people happy is focusing prosocially on others."

In a lot of ways, these findings are just good evolutionary sense. After all, human beings are very social creatures; our brains are hardwired for social interaction. So it makes sense that, given we're basically programmed for living in groups, that we would want to do things that make people want to be around us, like engaging in acts of kindness. Evolutionarily, it's only logical that we would feel good about prosocial behavior, because if we're only focused on ourselves all the time, we might just wind up alone.

Which makes it a little strange that we are currently living in a society that emphasizes focusing on yourself, and doesn't emphasize doing nice things for others. And while it is important to look after yourself, and make sure that you are getting what you need out of life, one of the things that might also be good for you is looking out for other people.