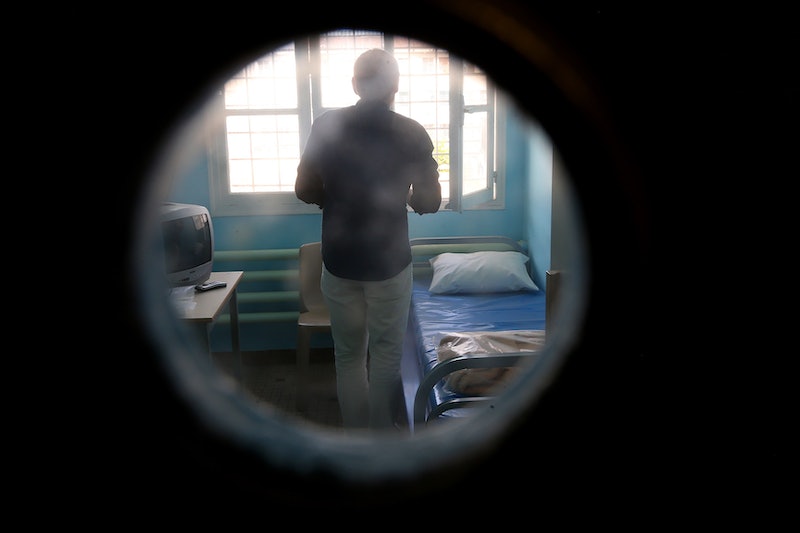 With a heated presidential election on the horizon for fall, Virginia's governor restored the voting rights of convicted felons Friday in a historic step for a state that was once known to have some of the most severe voting restrictions in the nation. Virginia Gov. Terry McAuliffe circumvented the state's Republican-run General Assembly with an executive order to return the right to vote to more than 200,000 eligible people with felony convictions.

The executive order effectively overturns a provision added to the state's constitution in the Civil War era (talk about archaic) that hit convicted felons with a lifetime voting ban. Under the governor's Restoration of Rights Order, convicted felons who've completed the terms of their incarceration and have been released from supervised probation or parole will now be able to vote in elections.

"We are all familiar with Virginia's long history of discrimination at the ballot box," McAuliffe said in a statement, citing the state's establishment of a poll tax, literacy and knowledge tests, and the implementation of broad restrictions on convicted felons in the early 1900s. "This action ... means that these Virginians, who have served their sentences and returned to live in our communities, will no longer be second class citizens who must jump through onerous hoops to have a voice in our society," he continued. "And it means that Virginia can close a difficult chapter in our history and open a new one where, instead of building barriers to the ballot box, we work together to break them down."

According to McAuliffe, the lifetime voting ban Virginia previously imposed upon convicted felons disproportionately affected the civil rights of African-Americans, a group the NAACP says is incarcerated at nearly six times the rate of whites. But Virginian Republicans critical of McAuliffe's executive order argued the former Democratic National Committee chairman and 2008 Hillary Clinton campaign chair was attempting to shore up support in the state for a Democratic presidential candidate through "political opportunism" as African-Americans have a history of largely voting blue.

"His decision to issue a blanket restoration, without regard to the nature of the crimes committed doesn't speak of mercy. Rather, it speaks of political opportunism," Republican Party of Virginia Chairman John Whitbeck said in a statement. "Restoration of rights should be a celebration of overcoming, not a transparent effort to win votes."

Along with the right to vote, the restoration order also grants eligible persons the right to serve on a jury, become a notary public, and run for office.

Restrictions on the voting rights of convicted felons aren't uncommon. Only two states — Maine and Vermont — currently allow people with felony convictions to vote with zero restrictions. Many other states ban them from voting while serving their sentence or completing the terms of their probation. A group called Sentencing Project estimates more than 5.5 million people are blocked from voting due to legal restrictions disenfranchising felons in the United States. Virginia was one of four states known to have the most severe voting restrictions for convicted felons and was shown to be one of three states where more than one in five African-Americans lost their right to vote, a Sentencing Project report showed. Virginia joins more than a dozen other states easing voting restrictions on convicted felons.

It's unclear exactly how many of those formerly barred from the ballot box in the Old Dominion due to a felony conviction will register to vote ahead of November, but McAuliffe's historic executive order will no doubt have a ripple effect on this year's general election given Virginia's status as a swing state.