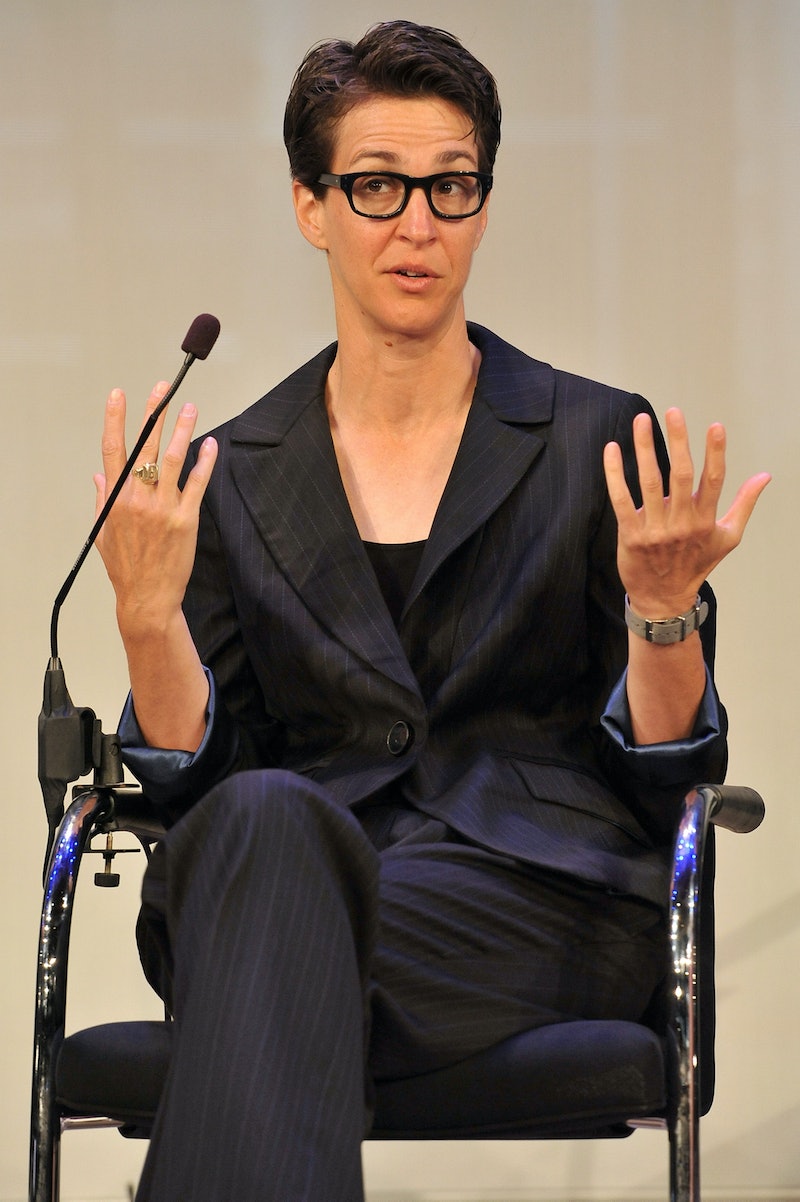 Everyone has a different coming out story, including prominent celebrities, journalists, politicians, athletes, and writers who happen to be gay. When I came out in 2011, reading the stories of how different queer women come out really helped me process my feelings and work through the coming out process. When you read the stories of famous and non-famous people alike, you come to one important conclusion: Everyone has a different story. Some people come out as early as 6 years old, while others come out in their 50s or 60s. Some people have no issue coming out to their parents, while others hide it for years and in some cases, never even tell their parents. Some people write entire books to cope with the reactions of their family and friends, while others don't give a rat's tail about the reactions of their peers.

In my own case, I came out to my school when I was 17 years old, and it was a total breeze. I started dating my former girlfriend pretty immediately and life was good — except for the tiny detail that I wasn't out to my family. My mom would have wanted nothing to do with a gay daughter, and my dad had been too absent in my childhood to deserve such intimate details about myself. I struggled with it a lot, running away from home multiple times out of fear that my parents had found out and would punish me.

I'm 22 now, and still not out to my parents — but that's OK. When younger queer women talk to me about coming out, I like to tell them that even though five years have passed since I realized I was gay and came out to my friends, not everyone has to stick to a formula for coming out at a certain time, in a certain place, to certain people.

The first time MSNBC television host Rachel Maddow came out, it was to her entire campus of college students at Stanford at a time when college campuses had very few out lesbians. Stanford University's college newspaper published an interview where Maddow talked openly about being gay. Though she initially felt fear about the reaction her peers would have, she says that coming out improved her life significantly — although there was one thing at stake: She wasn't out yet to her very Catholic parents, and despite Maddow's request, the piece ran before she could go home for the weekend and come out to them. Of course, her parents read the paper before Maddow came home, which was how they found out she was gay. Though her parents are supportive now, it was certainly a shock to them at first.

Comic book artist and author Alison Bechdel is a general badass. Besides inventing the Bechdel Test, she has written an incredible memoir called Fun Home (now a Broadway play) and illustrated an ongoing cartoon strip called Dykes to Watch Out For. Bechdel came out when she was 19 years old and lived as such fully and openly; however, her father's death just four months after she came out left her with still more to cope with. Although the death was ruled an accident, Bechdel has said that she suspects he died by suicide, possibly due to struggling with being closeted. Bechdel used her art and writing to heal, and sometimes calls herself a "professional lesbian."

We all know Ellen DeGeneres' coming out story, but did you know Portia de Rossi (who formally has changed her name to Portia DeGeneres) came out publicly by dating Ellen? When Arrested Development was nominated for a Golden Globe in 2004, de Rossi had been dating Ellen for at least a month. It was the first time de Rossi and DeGeneres had appeared together in public, and the first time the world knew that the Arrested Development actress was gay.

Tammy Baldwin, Senator for Wisconsin, is the first openly lesbian member of the Wisconsin Assembly. She came out in 1986 when she was 24 years old, when she says there were probably fewer LGBTQ elected officials in the world than you could count on two hands. Baldwin told MAKERS that now there must be over a thousand across the world, but coming out as an elected official back in the 1980s or 1990s was a totally different story.

Singer-songwriter Jenny Owen Youngs, similarly to Portia de Rossi, came out a little late in the game; she was in her 30s at the time. In a coming out Tumblr note she wrote, "Dear friend, I'm writing to tell you, among other things, that I'm super gay!" She details her struggles with her sexuality growing up, especially because of her religious upbringing, but then talks about how she coped and overcame the conflicting feelings of being gay and fear of coming out. At the end of the note she drops a little bit of an extra gay surprise for those people who weren't surprised enough by her coming out!