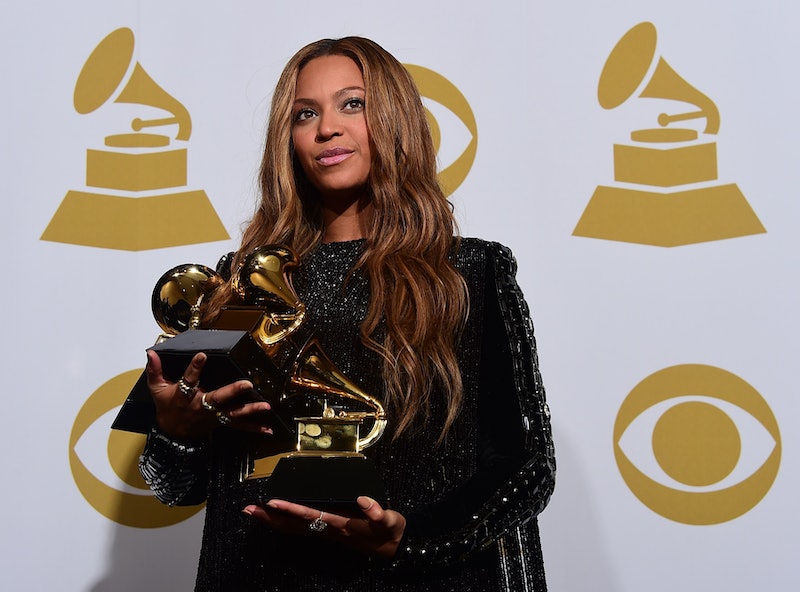 America is now living in a post-Lemonade world. Beyoncé's latest visual album Lemonade debuted on HBO and reminded everyone why her nickname is Queen Bey. The imagery for the album are some of Beyonce's most stunning collaborative pieces of work yet, and the songs on the album are truly something else. After the premiere, fans flocked to stream the new album, which is available exclusively on Tidal. The high profile release is good news for Tidal, but begs an important question. How can fans who don't wish to just stream the album download Beyoncé's Lemonade ?

Update 3: As of April 26, Lemonade is no longer available on HBO Go.

Update: For those who don't have Tidal or HBOGo, Beyonce's Lemonade was made available for purchase on iTunes on Monday, April 25 in both its Explicit and Clean forms. The download includes the entire Lemonade special, though not the individual music videos, which fans will have to watch the special in order to see.

Earlier update: According to SPIN, Lemonade will only be available via Tidal, and no other service, ever. Those wishing to download the album can use Tidal's Offline Mode feature, which will allow users to listen to the album offline on mobile and tablet devices.

With the Offline Mode, you can save music directly to your device instead of streaming over the web. This allows you to listen to your favorite tracks when you cannot connect to the internet, or when you wish to not use your mobile data plan. Both the album and all playlists can be saved for listening Offline. You can choose thousands of tracks. The Offline Mode works on all mobiles and tablets supported by TIDAL.

And when it comes to downloading the content to your device via the Tidal app, here's their advice:

— Press the offline switch right below the playlist or album name

— You have now started the download of the tracks

— Inversely, to remove a downloaded playlist used for offline, just turn the switch to the off position. This will free up storage space on your device

Earlier: Unfortunately, it appears that Lemonade is currently not available for purchase or download. Lemonade is a Tidal-exclusive in the truest sense of the word, meaning that Tidal doesn't just have exclusive streaming rights to the album – they have exclusive rights to the album itself, making it unavailable for purchase on any online music stores. While this is an inconvenience to anyone who doesn't have a Tidal account, it's certainly not surprising as Jay Z is one of the major powers behind the streaming platform. By fear not, members of the Beyhive, there is still hope that one day the album will be available for download as Tidal exclusives usually don't stay exclusive for long.

Rihanna's ANTI and Kanye West's The Life Of Pablo both debuted on the streaming platform in 2016, being Tidal exclusive for the first week and first month of the release, respectively. After debuting as a Tidal-exclusive, the two albums soon became available on other streaming platform and music stores, including Spotify, Apple Music, and the iTunes store.

While this paints an optimistic picture for fans of Lemonade who don't have Tidal, it's also likely Beyoncé will buck the trend as much of her Tidal-exclusive content, including the "Formation" single, has yet to be featured on any non-Tidal music services. So it seems that the only thing that fans who want to download Lemonade can do at the current moment is wait.