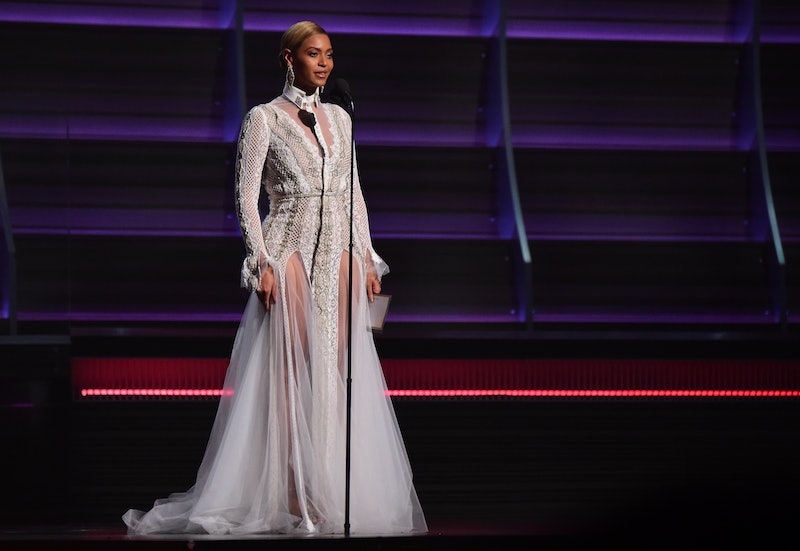 There's a good chance that you're taking this Sunday to absorb everything after Beyoncé dropped her visual album Lemonade on all her unsuspecting fans Saturday night. It's OK, superfans. Taking a breather after something so monumental is important. But now the time has come to do something even bigger: rewatching Lemonade, or at least revisiting its music videos. You probably missed some serious themes during your first viewing thanks to all the hyperventilating, and now it's time to obsessively watch it again so you can get it all. And so, knowing how to watch the Lemonade music videos again is very necessary.

Update: For those who don't have Tidal or HBO Go, Beyonce's Lemonade was made available for purchase on iTunes on Monday, April 25, in both explicit and clean forms. The download includes the entire Lemonade special, though not the individual music videos, which fans will have to watch the special in order to see.Update 2: As of April 26, Lemonade is no longer available on HBO Go.

Earlier: You can get a healthy sampling of Beyoncé's ice-cold Lemonade in two places at the moment: Tidal and HBO Go. There may be other versions of the songs and videos available online, but they won't be legit. Right now, HBO and Tidal are the only legal ways to experience Lemonade and all its gorgeous music videos. And honestly, it's not worth trying to watch them in any other way; you'd be losing out on quality, and not viewing them like Bey would want you to.

Even if you watched Lemonade with eyes wide open on Saturday night, the videos are definitely worth a rewatch. There is a lot going on in those videos. So much, in fact, that it is necessary to do a serious reviewing of them to get a handle on everything that went down. I can barely even begin to describe the wonder and awe I experienced while watching the videos. The incredible women and activists that took part! Those costumes — specifically, that glorious yellow dress! That surprising, incredible country song! My mind was seriously blown by what I saw in Lemonade, and still I must see more. Again and again, until I have it all memorized.