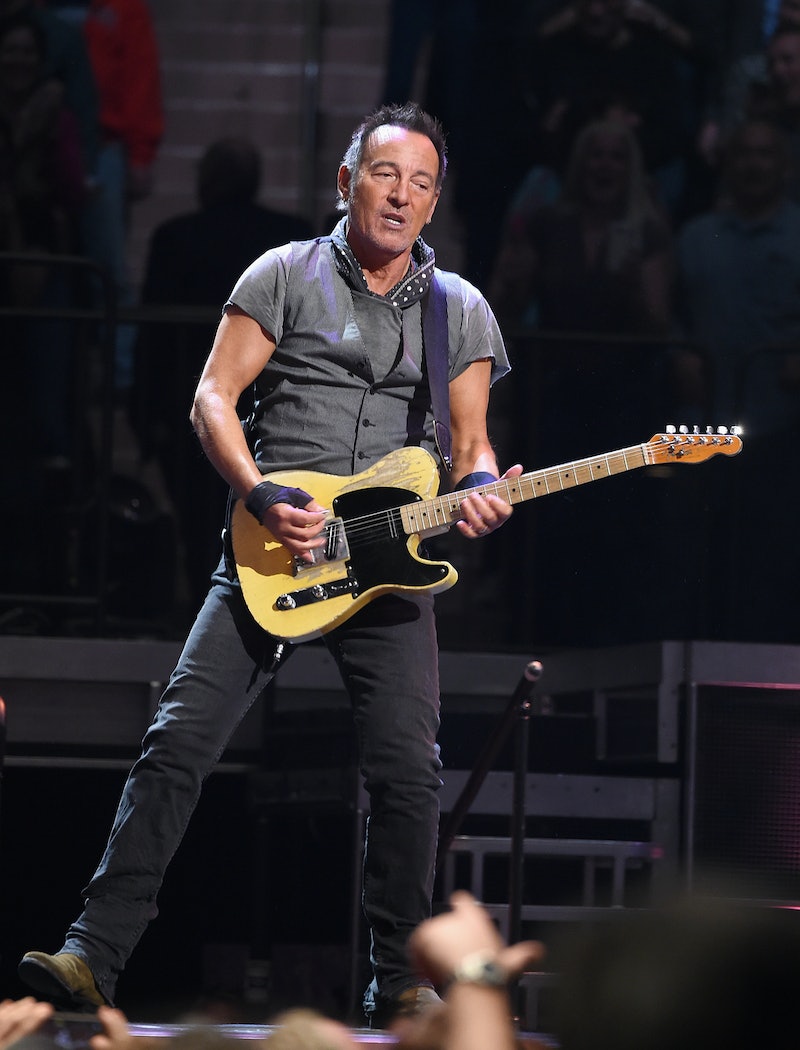 Sometimes, the best odes are the no frills ones, the ones rife with raw emotion and a sense of subdued energy. When the world loses a a musical legend, it's normal to resort to the sadder songs they've produced to find comfort, as it's a sort of a transcendent connection to them. And that's apparently true even for celebrities, as according to Rolling Stone, Bruce Springsteen and the E Street Band performed a Prince tribute at their April 23 concert that was respectfully austere, and it was just what the doctor ordered for some especially bereaved fans.

As Rolling Stone notes, Springsteen actually started the concert with the tribute to the late artist, who died two days earlier, and said, "Prince forever! God bless." He then sang "Purple Rain," which understandably seems to be the tribute of choice among most musicians. Yet despite the multitude of covers that've come out lately, Springsteen's version was unique and totally worth the listen. Not only is it haunting in the absolute sentimentality the singer shows, but it's also quite cathartic to experience.

As Springsteen and his band played, the audience joined in on the impassioned singing with their hands in the air. It's a testament to Prince's lasting and indelible effect on so very many people that the band's cover made such an impression. If you're feeling the weight of Prince's passing and need an outlet, this is most certainly the tribute for you to watch and listen to.

The fact that Springsteen, a force to be reckoned with in his own right, honored Prince so notably in both words and song, makes this tribute all the more special. When this cover was being performed, there couldn't have been a dry eye in the house.