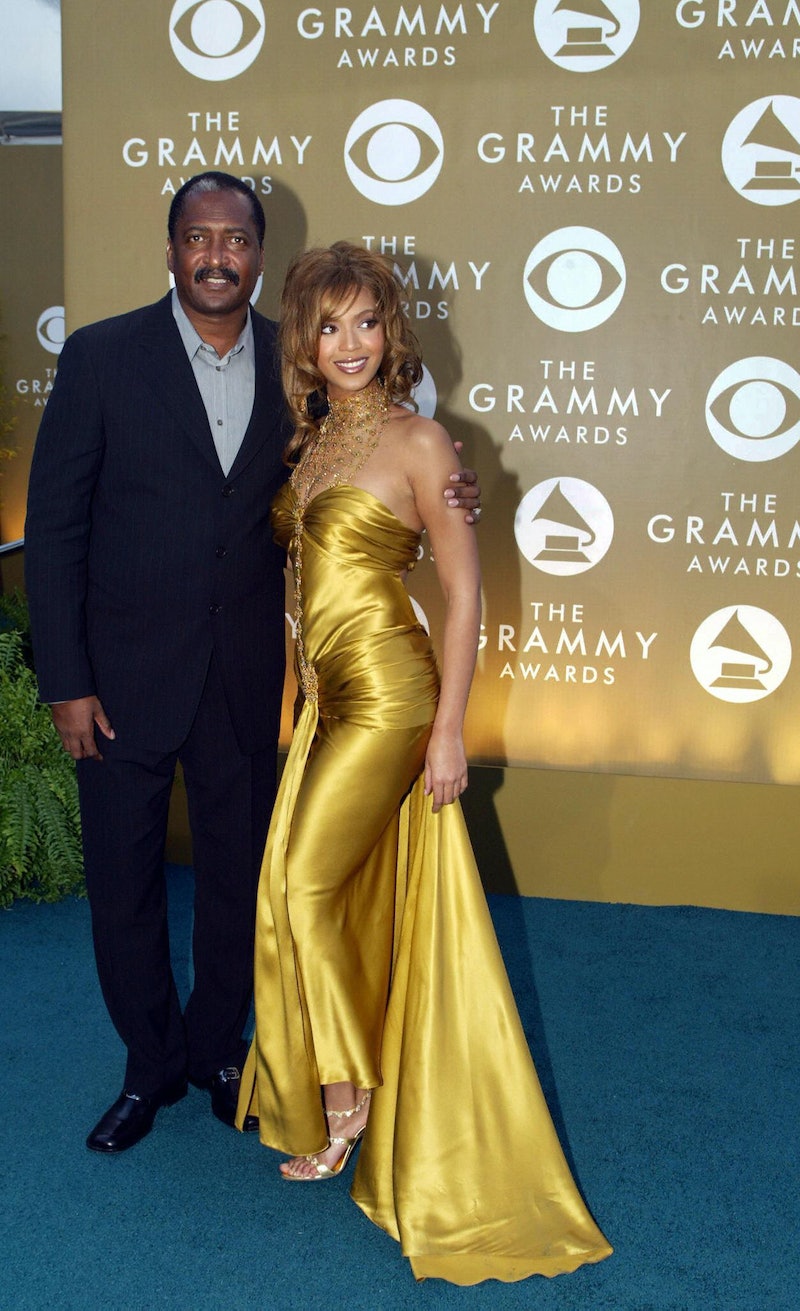 When something as captivating as Beyonce's Lemonade gets released, it's only natural for people to have questions about the album and the songs it contains. One of the most popular guessing games is trying to figure out who each song is about, especially when it's implied that the person being sung about could be a famous figure. And in the case of Lemonade, one of the most rampant questions has been about whether or not the song "Daddy Lessons" is about Mathew Knowles, Bey's father.

It's a definite possibility, considering that, well, the song has the word "Daddy" in it. Naturally, everyone's minds are going to go to Bey's father as the man she's referring to, especially since Matthew Knowles was featured in Lemonade, during a eye-opening clip of him sitting with a young Beyonce. And when you take a deeper look at the song and hear that Bey refers to her father telling her to, "take care of her mother and sister," it all fits, considering that the star grew up with one little sister. But beyond the family unit references, there are much more telling lines that point to Knowles as the subject of the song.

Just look at this verse, for instance:

This is revelatory because in the very same verse, Bey refers to her father warning her against a bad boy, and then acknowledges that someone is playing her. She's suggesting that her father's heightened awareness is because he has played someone himself. This fits with Matthew, because, as the Atlanta Blackstar recalled in 2013, he reportedly cheated on his wife, Tina, and had a child with his mistress, Alexsandra Wright, in 2010.

With this information in mind, coupled with the direct reference to Beyonce being "played," the "and men like me come around," line becomes unmistakably clear. "Men like me," means similarly unfaithful spouses, and it's been rumored, as we all know, that Jay Z cheated on Beyonce.

Of course, there isn't confirmation that Matthew is the inspiration for "Daddy Issues." Only inferences that can be made from what Bey chose to tell us in Lemonade, but it's clear that whoever the song's about, Beyonce is not going to let him get away with his behavior.