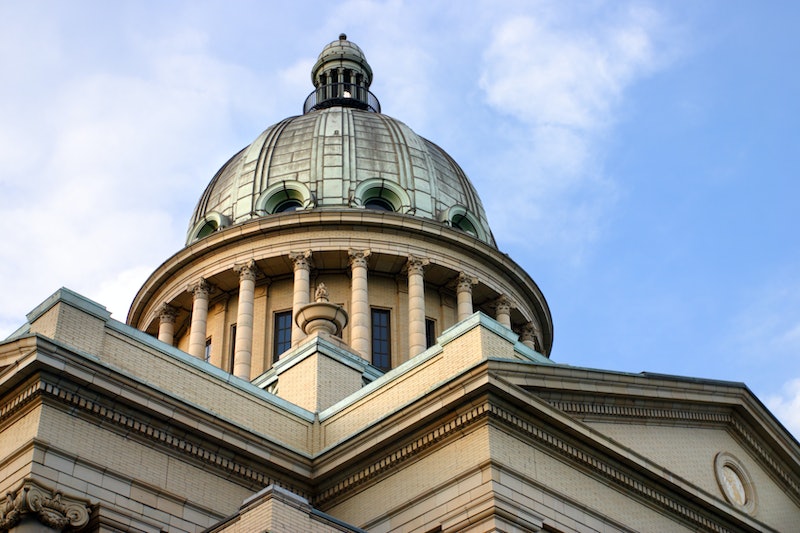 Rhode Island is one of five states voting in the last round of presidential primaries in April. The Ocean State heads to the polls on Tuesday, April 26, so what time will the Rhode Island primary results be out? Polls close mid-evening on the East Coast, but some groups are making their concerns known. According to the Board of Elections website, all polling places throughout Rhode Island will close at 8 p.m. ET. That means results should start rolling in from each of the state's 39 municipalities shortly thereafter — the small, densely populated state uses voting machines to facilitate the process — so it shouldn't be long before the final reports are run.

There may be a bit of a hitch this year, however. According to The Boston Globe, three factors in play this year may result in trouble at the polls: reduced polling locations, new voter ID laws, and a "complicated" GOP ballot. Apparently, the state Board of Elections has reduced polling locations on presidential primary days for the past four election cycles, but citizen groups like Common Cause Rhode Island believe that problems could perhaps result from the confluence of the three factors, not to mention the "abnormally" high interest amongst voters this year. This could mean that the results take longer than expected to get sent in.

The state does allow voters to vote by mail if they believe that they may anticipate problems getting to the polls on Election Day, according to the Secretary of State's website, but it does not have early voting in the way that some other jurisdictions do. Voting by mail is also an option for the homebound, so that elderly or disabled voters can exercise their right to vote without undue inconvenience. There is no word yet on how many votes have been cast by mail, or if they have begun the process of tabulating them yet.

There is also the possibility that some voting machines may not work due to age, resulting in potential delays. Rhode Island's governor, Gina Raimondo, authorized Secretary of State Nellie Gorbea to upgrade voting equipment are almost two decades old in August last year. It is unclear whether or not this upgrade is directly due to malfunctioning equipment, or merely to modernize the state's equipment.

Hopefully, all will be well in Rhode Island on Tuesday when voters get out to the polls to vote in the primary elections: 33 delegates are at stake for the Democratic Party, and 19 on the Republican side of the aisle.