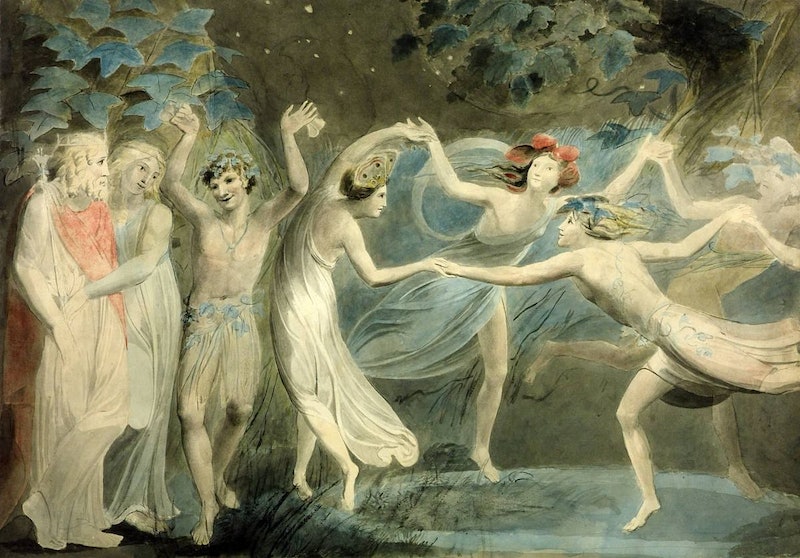 For a man whose work has been discussed in so many high school classrooms around the world, Shakespeare’s writing is surprisingly salacious. Beyond his obvious delight in devious double entendre, the iconic playwright incorporated a variety of sexual themes and issues into his stories that are still considered taboo by many today. This tendency is prominent in writer Jillian Keenan's new memoir, Sex with Shakespeare: Here’s Much to Do with Pain, but More with Love , in which the self-described spanking fetishist (who eschews the term “spanko,” thank you very much) uses 14 selected works to discuss her sexuality, relationships, and finding love.

Even before Keenan admits that she can recite Macbeth in its entirety — while drunk, no less — it’s clear that she is a true Shakespeare lover and connoisseur. She interweaves her own personal experiences with plot lines from the Bard’s works, creatively building tension and intrigue. Throughout the book, she also tackles sex myths and discusses different aspects of kink with honesty and humor. Her perspective is provocative and fascinating, especially when it comes to her analysis of the sexual identities of some of Shakespeare’s best known characters and how they impact larger storylines.

Whether you consider yourself kinky or totally vanilla, you’ll likely be surprised to discover or be reminded that Shakespeare dealt with the seven oft-undiscussed sexual issues below, as examined in Sex with Shakespeare, out April 26.

A Midsummer Night’s Dream is a comedy, but it touches on a dark issue: consent, or rather, the lack thereof. The issue comes up throughout the play, including in regards to choice and marriage. At one point, for example, Titania is given a potion that makes her fall in love with Bottom. “Is that comparable to putting a date-rape drug in her drink?” asks Keenan.

Plenty of characters couple up in A Midsummer Night’s Dream , but it’s not all about monogamy. Keenan writes of seeing “confident polyamory” in the fairy king and queen, Oberon and Titania, naming Bottom and Puck as their outside love interests. It’s not your usual happily ever after for two.

I remember being appalled when I read The Taming of the Shrew as a college freshman and saw Katherine go from being her father’s property to being, well, “tamed” by Petruchio in preparation for marriage. Keenan made me rethink the whole thing, though, by pointing out that Katherine could very well enjoy her role with her suitor. A key quote strengthens her point: “If she and I be pleased,” says Petruchio, “what’s that to you?”

Petruchio’s taming of Katherine also brings up the issue of punishment. His unconventional process involves depriving her of food and sleep. It sounds harsh to me, but he forgoes his meals as well, as Keenan points out. More importantly, Katherine actually really wants to marry him come their wedding day; when he is late, she’s worried that they won’t get to tie the knot.

Pain sometimes goes with pleasure in Shakespeare, just as it does for some in real life. Keenan pulls a quote from Antony and Cleopatra in which the queen mentions a “stroke [that] is as a lover’s pinch, which hurts, and is desired.” Doesn’t that sound like S&M to you?

King Lear is obviously a tragedy, but the story may be even more upsetting than you thought. Looking closely at the play, Keenan makes a convincing case that the king’s relationship with his daughters was unhealthy, possibly to the point of sexual abuse. It’s not explicitly stated, but when she breaks it down, you may find your perspective changed.

Infidelity comes into multiple Shakespeare storylines, notably Othello and Cymbeline . Interestingly, characters in each play are manipulated into believing that the object of their affection strayed, to disastrous consequences. Fortunately, such terrible outcomes aren’t so common in real life.