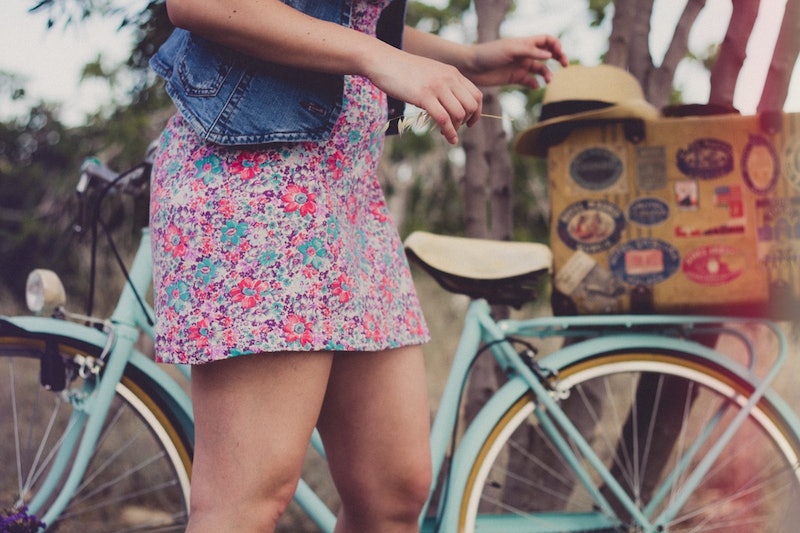 Vaginal thrush, or a yeast infection, is one of those things that you can refer to, sarcastically, as "part of the joy of being a woman". They're incredibly common, with up to 75 percent of women experiencing a yeast infection at least once over a lifetime, which means that you're likely familiar with them and their cause: an overgrowth of the fungus candida albicans in the vagina, causing thick white discharge, pain, sensitivity, and redness. It's not particularly pleasant. But if you seem to be getting reoccurring, chronic yeast infections, there may be something less obvious at work, from an immunodeficiency to an estrogen shift to a recent sexual partner with the same issue. They're common, but that doesn't mean they aren't complex or, in some cases, a bit mysterious.

If you have what's called recurrent vulvovaginal candidiasis (RVCC), or yeast infections that occur four or more times in a year, you may have hope on the horizon; a vaccine is currently in clinical trials to test whether it's more effective than a placebo in preventing RVVC. And while we're still in a world where one's tendency to get chronic yeast infections can't be cured, it's important to look at the potential causes of them. Plus, you may not even have a yeast infection at all; other things can masquerade as thrush but not actually have the same diagnosis.

So here are 10 potential causes of reoccurring yeast infections. I'm sorry, and I hope you get a hold of some decent medication and loose pants as soon as possible.

Carrying around a bundle of joy may not necessarily be fun if you're also prone to yeast infections during your pregnancy, but you can be (slightly) comforted by the fact that it's common. Pregnancy often prompts an uptick in candida albicans in the vagina, because it happens to have more to devour. The fungus that causes yeast infections needs a safe, warm environment to flourish, with plenty to eat, and it seems that pregnancy's hormonal changes shift the balance of the vagina, introducing higher levels of glycogen, a type of sugar. Higher levels of estrogen in your body prompt glycogen levels to blossom, and yeast infections can fester.

2. You've Switched To The Combined Pill

The reason lies in the estrogen. As we found out with pregnancy, estrogen levels are related to a good yeast environment, and if you switch to a combined pill (which combines estrogen with progestin) and spike your estrogen levels, you may discover that a higher rating of thrush starts to bug your life. Hormones, baby.

3. You Have Untreated Type-2 Diabetes

A warm, wet environment in the body that produces lots of sugar is basically a yeast infection's dream, which is why untreated type-2 diabetics, who can't properly control their blood sugar levels and may suffer very high levels of glucose in some of their fluids, are particularly susceptible. (Type-1 diabetics don't produce any insulin at all, while type-2 diabetics produce insufficient amounts or find that their bodies don't react to it.) According to Dr. Daniel Einhorn, an endocrinologist discussing the issue with Everyday Health, "elevated blood sugars appear in the mucus of the vagina and vulva, so they serve as an excellent culture medium for yeast." In other words, not seeking treatment as a type-2 diabetic leaves you vulnerable to some very nasty side effects in your underwear.

One of the big signs that your immune system may be operating poorly (in other words, that you're "immunodeficient"), according to the U.S. National Library Of Medicine, is persistent yeast infections of the mouth and/or vagina. It turns out that people with immunodeficiency disorders are more likely to contract yeast infections because their bodies simply aren't producing the means to fight them off or control the fungus properly. Immunodeficiency disorders include everything from AIDS to lukaemia to viral hepatitis.

This is one of medicine's more unfortunate problems. Taking antibiotics of certain kinds can have a domino effect on the rest of your body that can result in higher rates of yeast infections. The main culprits include penicillin, erythromycin, amoxicillin, and steroid medications, and they work by killing bacteria, including, in some cases, a bit of the healthy stuff in your vagina that works to limit candida growth. It's important to remember that this isn't always true, and that some women can take antibiotics without side effects, but it's also a known issue that you should know about if you're on any antibiotic regime. (Your doctor might even be able to prescribe a pill to prevent a yeast infection from happening in the first place.)

It seems that the common wisdom about yeast infections and clothing — that tight, non-breathable clothing like synthetic leggings or underwear contribute to a yeast-friendly environment — may not be as widely applicable as we think. It certainly seems like a good idea, but the National Health Service points out that tight-fitting clothing on its own only has "weak evidence" to condemn it as a cause of thrush. And Health magazine explains that the injunction against excessive time spent in synthetic, sweaty, or wet clothes, like bathing suits, is advice targeted at women with recurrent yeast issues; it may not be applicable to everybody. But if you think it's contributing, change your ways and see if it helps.

7. You Use Products That Irritate Vaginal Tissue

If you're in the habit of washing your intimate bits with scented products, having long baths in bubbles, or going for a vaginal deodorant every now and again, you may be causing irritation and potentially prompting yeast infections. The risk is that bringing scented products in contact with vaginal balance may alter its chemistry, creating a more fertile breeding ground for yeast. You can wash your parts, but steer clear of anything that purports to make you smell like a rose — unscented soap is your friend, and there's no need to wash inside your vaginal canal.

8. You're Having Sex With Someone With An Infection

Thrush is not considered a sexually transmitted disease, but having sex with someone who's currently suffering from one can raise the risk that you yourself contract it. Men, as it turns out, are less likely to have problems in this area; only 15 percent reported a rash once they had sexual contact with a woman suffering a yeast infection. But female sex partners are more vulnerable, so if you've recently had sex with somebody who may have been suffering from thrush, you may have your culprit.

9. You May Possibly Have The Wrong Diet

This is a controversial area of yeast infection science: whether or not diet actually has real effects on fungal growth in the vagina. Everyday Health lists a few different approaches, from probiotic diets involving yogurt to "candida diets" that eliminate sugar and all fermented materials; but they also point that that evidence for many of these preventative regimes is "scarce" or not currently reliable. The National Health Service says that "the results of research into probiotics for vaginal thrush have been inconsistent and it's not possible to recommend them as a treatment."

So a lack of yogurt may not be at the heart of your issue. The science right now says that, in most cases, your diet will not be the deciding factor in your yeast infection regime, but that may alter if you have other conditions (like diabetes), and new research is coming out all the time.

10. You Don't Actually Have A Yeast Infection At All

It's important to note that if you believe you've got recurring thrush issues, you definitely need to go to the doctor, at least partially because it may not be thrush at all. The presentation of thrush, with its redness, itchiness, and white discharge, looks similar to some STDs and may cause confusion; for instance, itching marks the early stages of many bacterial and viral STDs, as well as warts and pubic lice. Recurrent symptoms, even if you're almost positive they are indeed a yeast infection, need to be mentioned to a doctor or gynecologist; they could be something else, and if they do spell thrush, there may be steps to take to combat another outbreak. See your GP, guys.