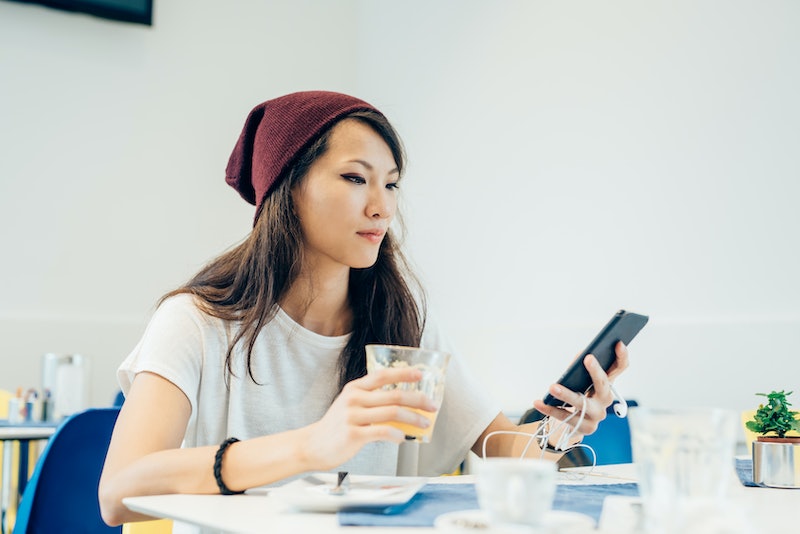 She was held to 24 hours to reach out to you. We feel it's only fair you're confined to the same rules.

A lot of my friends' one complaint about Bumble is that it still gives the men control. They know the woman has chosen to message them within 24 hours of the match, and then they get an ego boost off that since they can decide whether or not to reply. Basically, women still sometimes feel like they're left hanging.

Now, that's always going to happen to some degree — disappearing and ghosting are just a part of online dating— but including a time limit for men too should shake them up a bit and encourage them to reply.

And it seems like it could work: here's what the stats say. But first, check out the latest episode of Bustle's Sex and Relationships podcast "I Want It That Way":

1. A Chat Is Way More Likely To Continue Once There's A Reply

According to Bumble, a chat is 70 percent more likely to continue when there's a reply. I don't see how a chat could continue without a reply (surely that's a monologue?) but anything that encourages a back and forth faster is good with me. There's nothing worse than all those matches left without any conversations, or conversations consisting only of "Hey." Let's create a dialogue, people.

2. Men Were More Likely To Reply

With a time limit for male users, Bumble found that was an 18 percent increase in male responses to female-initiated chats.

3. There Was A 9 Percent Increase In Women Messaging

This was really interesting. The increase in male responses lead to a nine percent increase in women sending the first message. I guess it gave them confidence to actually message more people if they feel like those messages are less likely to just be out there and ignored. Getting people to message first is so difficult, and Bumble continuing to come up with way to encourage communication is so great.