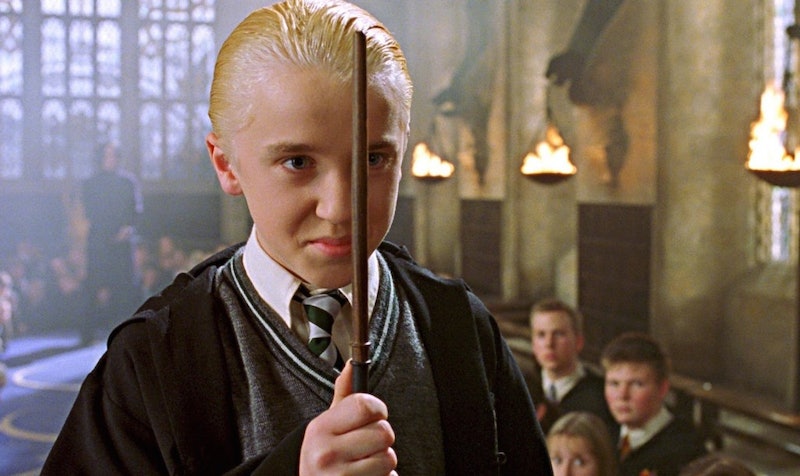 So, you belong to The House of Slytherin? You already know that Slytherins have a bit of a bad reputation (thanks, Draco Malfoy). But, you also know that you have a bad reputation because you're just so darn ambitious. You're pretty clever, too, and resourceful. Honestly, the other houses just don't quite understand what you're about. But, there's one thing everyone understands about a Slytherin: they're always destined for success.

The Disreputable History of Frankie-Landau Banks by E. Lockhart follows Frankie, an intelligent, 15-year-old wallflower who undergoes a pretty major physical transformation (i.e. she grows boobs) the summer between her freshman and sophomore year at the prestigious Alabaster Academy in Massachusetts. When school begins, she catches the attention of senior Matthew Livingston, who happens to be a member of the Loyal Order of the Basset Hounds, a secret society that Frankie's father also belonged to during his years at Alabaster.

When Frankie learns that girls aren't admitted to the secret society, she takes matters into her own hands — and secretly begins to control the society from the inside-out. Unbeknownst to the members of the Loyal Order, Frankie takes control, and plans a series of elaborate pranks that shake the school to its core. She's a take-no-prisoners kind of gal and a criminal mastermind in the making.

Frankie Landau-Banks is destined to take over the world, and her ambition, cleverness and resourcefulness are unparalleled and undeniable. She's a Slytherin through-and-through — and an inspiration to everyone who wears the green and silver.