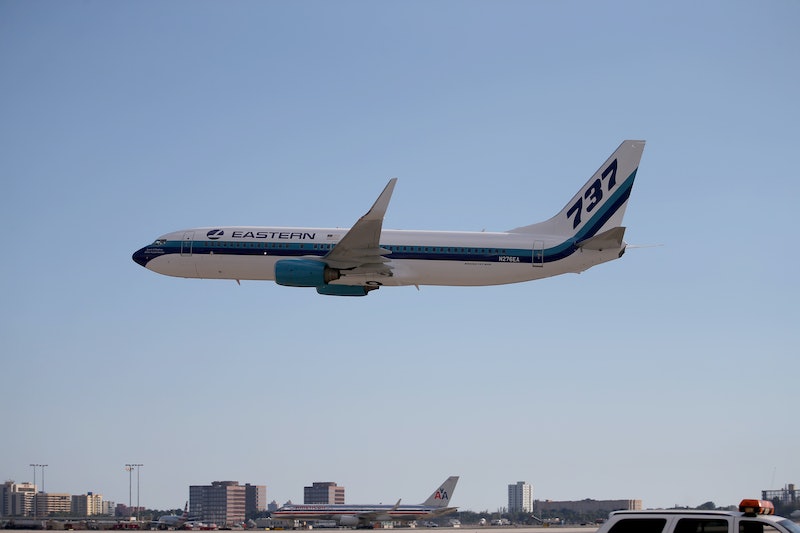 You don't often think of airports as being the most poetic places, but if you live in Miami, that might be about to change. O, Miami is putting student poetry on the roofs of buildings, so that passengers aboard incoming planes can have a more literary landing experience. And because you can never go wrong putting poetry in more places.

Every year, the O, Miami Poetry Festival uses April, aka National Poetry Month, to try to ensure that every person in Miami sees at least one poem during the month, and this year, they've decided to go big – literally, the letters are 40 feet tall. O, Miami will be painting two poems, both by students in Miami Dade County, onto the rooftops of two buildings that are in the flight path of planes taking off and landing at Miami International Airport. So if you have a window seat flying into Miami in the near future, you might be in for a treat.

The goal is for both poems to be painted by the end of the month, and there is no word on how permanent the installation might be. But hopefully they'll stick around for a while, because this whole idea is pretty awesome. After all, air travel is full of stress and little annoyance, so getting a chance to see some poetry in the midst off that sounds amazing.

Both poems are by elementary school students, and both are short, so as to fit on a rooftop in 40 foot lettering. Here's one by fourth-grader Tywon Williams:

When I look at a cloudI feel like I am one

And a second by third-grader Nieema Marshall:

Which should brighten up the usual view of blank roofs as you come into an airport. Both students are part of O, Miami's school poetry program.

Now if only more airports would try out stuff like this!