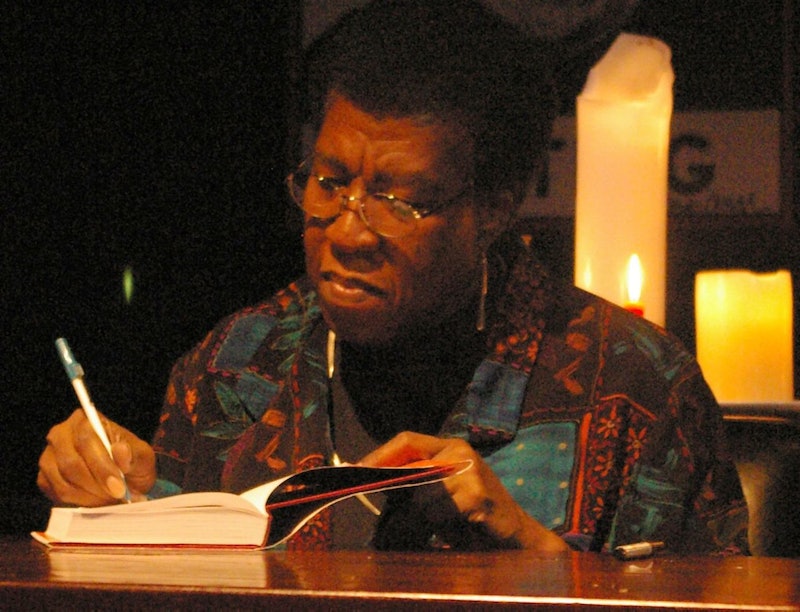 Octavia Butler, one of the greatest science fiction writers of the 20th century, passed away in 2006. However, a lost Octavia Butler interview from 1995 means that we can hear a little bit more from her. And really, I think we will never stop wanting more of Octavia Butler.

In the interview, Butler is speaking with Julie Dash for the "40 Acres and a Microchip" conference, "the first black cyberspace conference in the UK for digerati of African descent." In the interview, Butler talks about a wide variety of topics, including getting started as a writer. "As soon as I discovered there were such things as writers I wanted to be one," she says. And at 13 she was already trying to get short stories published — and being crushed by the rejection letters.

Although the interview takes place in 1995, many of the things Butler talks about could be part of a discussion in 2016. When asked about how she as a science fiction writer sees the future, Butler responds, "I see a very grim future." She goes on to discuss the wealth gap and its implications, global warming and how reluctant we are to confront it, issues with education and literacy, and more.

"In general, I look at the kind of future we're building... We're less and less willing to pay for the things that make civilization possible," she muses.

Imagining the future is one of the jobs of a science fiction writer, and one wouldn't expect someone like Octavia Butler to be anything less than brilliant at it. That said, having read a lot of Octavia Butler's work, I have to say it is pretty chilling how good she seems to be at predicting the future. After all, a lot of the possible futures she conjures up in her work are not necessarily places I'd like to live.

Still, she points out, these are the sorts of futures she expects, if we're not careful. Then again, she adds, we're not exactly being careful.

To hear her speak more about her life as a writer, the potential of technology, black people in science fiction fandoms, and more, check out the full interview.